A long way to go before Gibraltar border situation is resolved 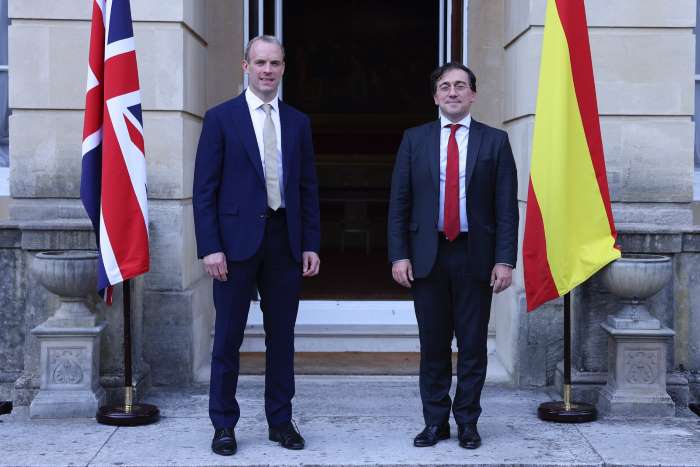 THERE is still a long way to go before Gibraltar border situation is resolved as European Union appears to take a very dogmatic position.

When the European Union issued its draft mandate for negotiations on a UK/EU treaty on Gibraltar last week the contents were met with considerable surprise.

Cynics would have been excused in supposing that the Spanish Government didn’t want to fall out with Britain or Gibraltar and was therefore using the EU (which has fallen out big time with the UK) to help undermine British sovereignty.

There were clauses in the draft which would see Spanish police officers at the port and airport deciding who could enter Gibraltar and it went further and even suggested that they would have the right to grant or refuse residency on the Rock.

Foreign Secretary Dominic Raab immediately dismissed the contents as unworkable as did Gibraltar’s Chief Minister Fabian Picardo almost as soon as the document was released but it was convenient that the new Spanish Foreign Minister Joseph Manuel Albares was in London the following day.

This was his first official external visit since being appointed and perhaps surprisingly he didn’t appear to support the contents of the EU draft document but took a much more pragmatic stance as he spoke to reporters following his meeting with Raab.

In essence he confirmed that the Spanish Government’s stance was that it wanted to stick as closely as possible to everything that had been agreed in principle between Britain, Gibraltar and Spain on December 31 2020 and reiterated that Spanish police would not be in Gibraltar and all immigration work would be undertaken by Frontex staff.

There is a long way to go before a final memorandum is placed for approval before the 27 member states which will probably be in September and even then, the terms may not be acceptable to the British or Gibraltar Governments.

It is very important for the prosperity of the Campo de Gibraltar that some form of agreement which is beneficial to Gibraltar and Spain is agreed as quickly as possible, otherwise the local economies will suffer even more than they have during the pandemic.

Thank you for reading ‘A long way to go before Gibraltar border situation is resolved’ and remember that access to all Euro Weekly News articles is free.