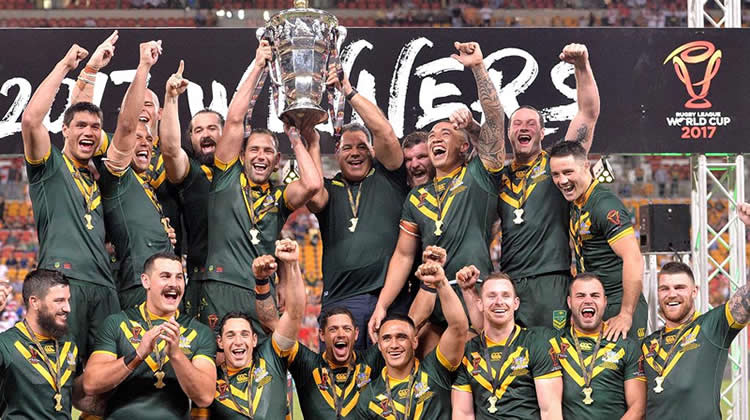 Australia and New Zealand have both decided to pull their teams out of this Autumn’s upcoming Rugby League World Cup in England, citing the coronavirus pandemic, and “player welfare and safety concerns”.

Greg Peters, the New Zealand Rugby League (NZRL) chief stated that taking part under the current conditions was “simply too unsafe”, with a none-too-happy Simon Johnson, the chairman of the Rugby Football League (RFL) telling BBC Radio 4’s Today programme that he thought the decision was a “selfish, parochial and cowardly decision”.

Adding that “Rugby League World Cup organisers have bent over backwards to offer every assurance to the Australians and the Kiwis. We are very unhappy with this decision and we are not prepared to take it lying down”.

Mr Johnson also questioned why Australia and New Zealand still have teams travelling to compete in other sports, “I think the British public would want to know why they have made that decision now about a tournament in October, when they have athletes currently in Tokyo participating in the Olympics, when their rugby union team is planning to come to Wales in October, and when the New Zealand cricket team have been here already to participate”.

The NZRL chief said, “There are stark differences between how the pandemic is being managed in the UK compared to Australasia, and recent developments have highlighted how quickly things can change. The tournament organisers have moved heaven and earth to make this work, so it is not an easy decision, but the Covid-19 situation in the UK shows no sign of improving, and it’s simply too unsafe to send teams and staff over”.

Peter V’landys, the chairman of the Australian Rugby League Commission (ARLC) commented, “Not participating in this year’s World Cup is not a decision the commission has taken lightly, but we must put the best interests of our players and officials first. Protecting them is our absolute priority.

He continued, “In the current environment, the risks to the safety, health and wellbeing of the players and officials travelling from Australia to participate in the tournament this year are insurmountable. We have again requested the IRL and Rugby League World Cup to consider postponing the event until 2022 to enable all players to participate”.

This Autumn’s tournament was only given the green light this month, and Australia, who are the current champions, and have won the title on 11 occasions, had not signed the participation agreement.

With Australia’s borders currently closed, the issue had been raised about players and officials having to undergo the mandatory 14-days quarantine on return, which, if the Australian’s did compete, would mean their players arriving back down under only two weeks before trial matches for the 2022 NRL season starts, leading to suggestions that maybe Australia’s National Rugby League (NRL) teams really wanted the tournament postponed for that reason, as reported by bbc.com.