Djokovic confident ahead of Tokyo 2020 campaign 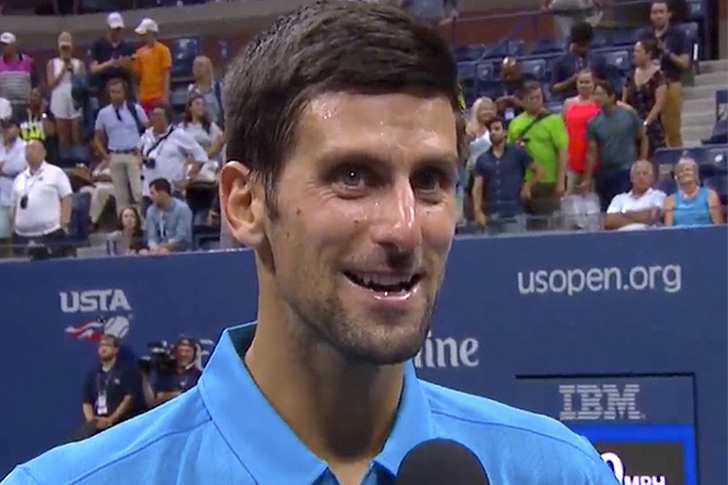 World No.1 Novak Djokovic feels confident ahead of his Tokyo 2020 campaign, “I feel ready to perform at my best.”

“I feel great physically and mentally,” Djokovic said as part of a Team Serbia press conference in Tokyo on July 22. “I feel ready to perform at my best. I’ve had arguably the best Grand Slam season in my sport so far – winning three out of three Grand Slams. I could not have better preparation or better lead-up to an Olympic Games than I’ve had this year.”

Both Federer and Nadal withdrew from Tokyo due to injury.

Having won at the Australian Open and French Open earlier this year, as well, he is still on track for the ‘Golden Slam’ – winning all four majors and Olympic gold in one season – only done once before, by Steffi Graf in 1988.

“I’m not in touch with Steffi… but I have the utmost respect and admiration for Steffi,” Djokovic told reporters. He added, “I would like to ask her how she did it.”

“Of course, for me it’s a goal and dream. The champion’s mentality that she possesses is definitely something that inspires me. Hopefully I will be able to use that in my upcoming [event]. When I was thinking about her ultimate achievement that she had… [I thought] there’s a slim chance that someone could make it again. But right now, it seems more and more realistic for me. Of course, that’s one of the goals and dreams.”

Djokovic says he feels the support of the Serbian contingent, with 86 athletes in Tokyo, behind him. He won bronze at Beijing 2008, but has yet to claim an Olympic gold medal.

“The feeling is different, obviously, as an individual athlete I represent my country anywhere I go,” he said. “But being a part of the Olympic Games, being a part of the team, even though I’m by myself on the tennis court, I still feel the team spirit is there. The support of the teammates and everyone involved in the Serbian team is there, so that gives you wings, so to say, to perform your best and try and reach the biggest heights in your respective sport,” he added.