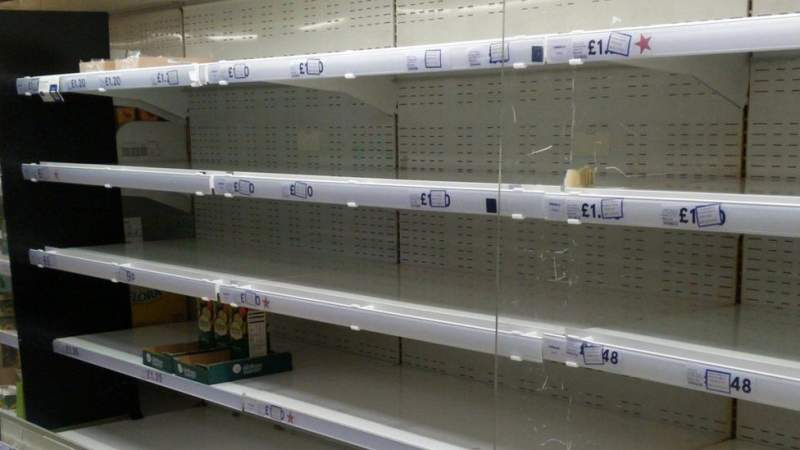 British supermarkets have warned of a ‘pingdemic’ threat to food supplies as thousands of staff are called off work by the NHS phone app. This is causing concern to many expats residing in Spain who worry they will not be able to buy British branded products from their local English supermarket.

Staff shortages at food production manufacturers and delivery problems caused by the consistent pinging of the Covid-19 app mean that some of Britain’s favourite products are off the shelf for now. The government has moved to downplay the reported supply disruption on the media in the last few days but expats in Spain have serious doubts over the claims.

“Another mess up by the UK government! They all go on about Spain being behind or slow but they don’t have food shortages here,” said Kim Evans, a retired bank manager from the UK who lives in Mijas Costa.

“I like to pop down the road to Iceland or Tescos and pick up a few things I miss from home, my wife and I used to make the trip to Morrisons in Gibraltar- until we found out certain items cannot be brought back into Spain, which is a lot of the stuff we like – the curries, and pasties and other meat items,” he added.

This sentiment is echoed across social media and the banter increases as Sky News and the BBC show empty supermarket shelves across the UK due to a lack of food production and customers binge buying.

Hauliers from the UK and Ireland make weekly deliveries to British supermarkets in Spain, if the pingdemic is going to make a difference, then it will be noticed it shortly.