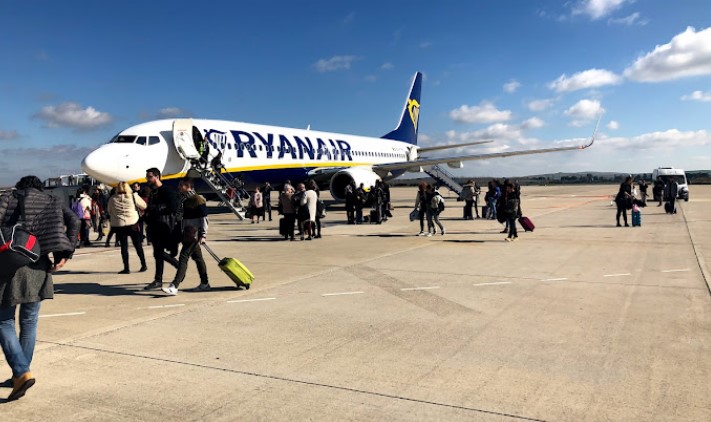 Jerez International Airport “La Parra”, on Wednesday, July 21, received its first flight from London, after Boris Johnson had declared ‘Freedom Day’ on Monday, July 19, as a 180-seat Ryanair jet carrying only 90 passengers touched down on the tarmac at around 10.15am, with the majority of them being Cadiz residents who live in Britain, simply coming back for a holiday.

A reporter from Cadiz publication, La Voz, took the opportunity to speak with some of the arrivals, and asked them about their experience in passing through the airport, with one saying, “they have asked me for the same rules imposed by Spain. The vaccine or an antigen test. I am vaccinated.”

Another passenger, who is part of a family of four, commented that “my son under 12 has not been asked for anything, but they asked for a negative antigen test from the eldest.”

One of the travellers explained that “the airport was completely full of people without masks, and I had to queue for two hours to check-in, so people have been very close,” while also observing that there had been people with and without masks on the plane, commenting, “You can’t say anything. If you say it, they will look at you badly, or they say to you that it is what it is.”

Despite this situation, he also wanted to make it known that “the British Government provides antigen tests for free, so I have brought five boxes, each containing about seven, so I will be doing them continuously. I’ll make myself one in the car.”

One female passenger wanted to make her dissatisfaction clear, pointing out, “You have to pay for the antigen test that allows you to fly. You can do it every day at any pharmacy, but it is not good for flying. In the end, it is a business.”

Another delighted arrival also wanted to explain that “when the almost empty flight came, I travelled happy, because I was not surrounded by people.”

With the health situation in Spain beginning to worry a large part of the population, some of the travellers arriving in Cadiz told the La Voz reporter about the insecurity they live with in London, given that “all variants start there,” as reported by lavozdigital.es.