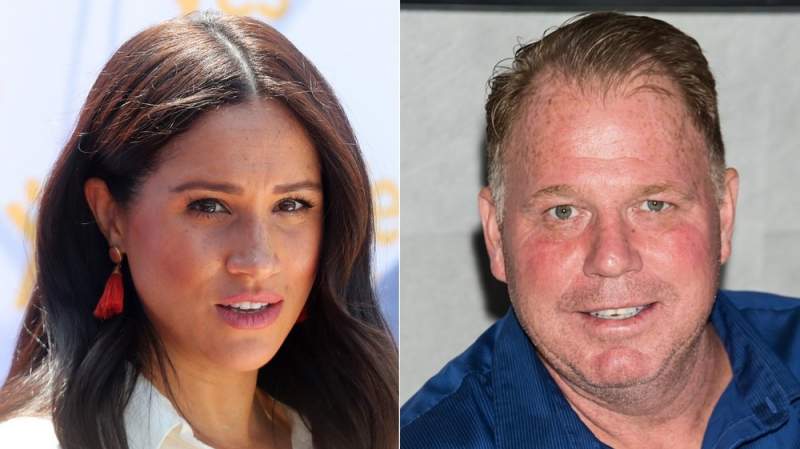 Meghan Markle is said to be braced for a raft of new revelations as her estranged brother joins ‘Big Brother VIP’ in Australia.

It looks like Meghan Markle may be up for some fresh bomb-shell revelations- this time aimed at her- now that her estranged half-brother, Thomas Markle Jr., has joined “Big Brother VIP” down under in Australia.

According to a report from the Daily Mail, Thomas Markle Jr, 54, was recognised by staff at Sydney Airport on Thursday (July 22) before he was whisked off to a hotel where he will quarantine for 14 days before he debuts on the show, which is scheduled to air on Channel Seven later on in the year.

Filming for the reality TV series is all set to start in the coming months at a specially built complex at Sydney Olympic Park. However, a spokesperson for the network would not confirm if Markle Jr. is part of “Big Brother VIP” or not.

“We are not commenting on speculation about the cast of ‘Big Brother VIP’. All will be revealed soon and Big Brother is looking forward to meeting the new collection of housemates,” the representative said.

The fact that Markle Jr., from Grant’s Pass, Oregon, has likely obtained a “critical skills” visa to be allowed entry into Australia amid the pandemic has caused some controversy as this hard-to-obtain visa is only given to an individual whose presence is said to benefit the country economically. News of this caused anger among other citizens who remain stranded overseas and are unable to return home.

Meghan’s estranged brother is a window fitter by trade and is relatively unknown to the media, although he was once charged for holding a gun to his fiancée Darlene Blount’s head in 2017. Months later he apologised and they are still together, although it is still unclear how his case eventually ended.

Markle Jr. is the older paternal half-brother of the Duchess of Sussex and like his sister, he does not have much of a relationship with the royal, the last time he saw her was in 2011.

He did make the news very briefly a while ago when he criticised her for cutting off their father, Thomas Markle Sr., and called her a “phoney” and a “jaded, shallow, conceited woman.”