Sanchez wants to turn Spain into ‘Hollywood of Europe’ 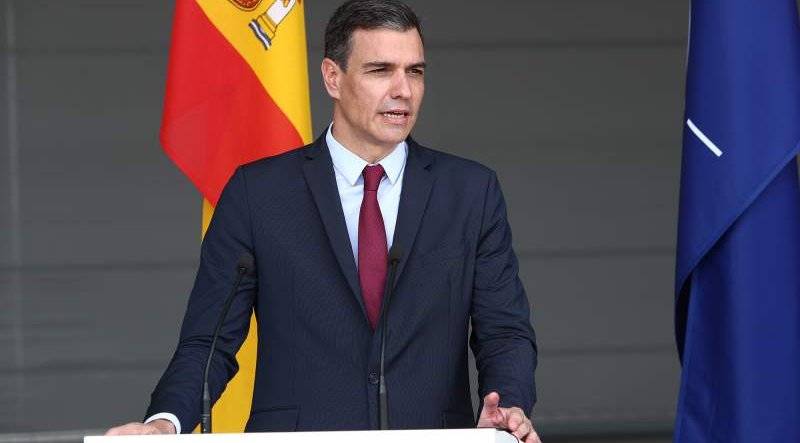 President Pedro Sanchez visited the NBC Universal studios yesterday, July 22, outlining his plans to executives from companies such as HBO and Netflix of how he wants to turn Spain into the “Hollywood of Europe”.

Sanchez visited the studios in Los Angeles to outline his plans in which he will allocate 1,603 million euros to strengthen the Spanish audiovisual sector. This will also include tax advantages for productions that wish to locate to Spain and issuing special visas for film professionals.

“Spain has all the necessary administrative and fiscal incentives, in addition to all possible landscapes, to receive new projects and create new narratives. We aspire to become if you allow us to compare, the Hollywood of Europe,” he said.

“The information and entertainment platforms have become the window from which millions of people look at a new reality. They have revolutionized entertainment,” he highlighted.

Sanchez pointed out the success of national productions such as “La Casa de Papel” and “Elite”, as well as foreign fictions such as “Game Of Thrones”, whose filming has increased tourism in parts of the Basque Country and will also return to Spain in the autumn to film its prequel, “House of the Dragon.”

The president also wants to take advantage of the Brexit situation to overtake the United Kingdom in the audiovisual sector and pointed out that ViacomCBS (owner of Paramount) has moved its production centre from London to Madrid.

“Numerous cross-border TV providers established in the UK before Brexit have now moved their operations to Spain, including our hosts today, NBCUniversal, Sony and Disney, just to name a few,” he noted.

Movements that have made Spain “the second country in the European Union, behind Germany, with the most hours of fiction produced”.