Spain start their Olympic football campaign with a draw 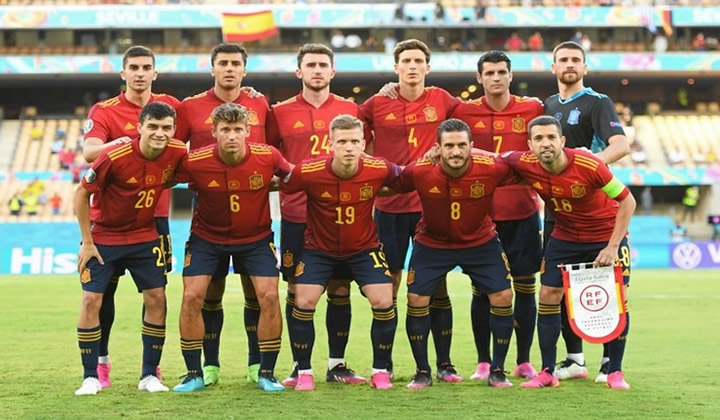 Spain opened their Olympic Group C campaign on Thursday, July 22, with a lacklustre draw against an Egyptian team that was playing in its first-ever Olympic games football competition, with the Spanish once again doing what they have been unfortunately famous for now in a long time – not scoring goals, a hangover from their recent European Championship loss.

To be fair to the Spanish team, Egypt lined up with fice across the back, and a line of four in front of them, forming a virtually impenetrable wall of players and living off the hope of catching Spain on the occasional counter-attack.

Dani Ceballos of Real Madrid was handed the captain’s armband, in a squad that featured many of the players who had played in Euro 2020, so they had no excuse as far as the quality of the squad was concerned, with Barcelona’s young star, Pedri, Dani Olmo from RB Leipzig, Real Madrid’s Marco Asensio, and Mikel Oyarzabal of Real Sociedad all on the pitch.

Ceballos was also the No10 that everything went through from his position controlling the left midfield, with Pedri controlling the right, and it was the Madrid star who hit the post in the first half, before being forced off before the break with what looked like a serious ankle injury, after being stamped on by one of the Egyptians, to be replaced by Osasuna’s Jon Moncayola, who had to take over the running of the midfield area, with coach Luis de la Fuente commenting, “The injuries do not look good”.

Barcelona’s Oscar Mingueza had already been replaced after suffering an injury, with the coach using all five subs during the course of the match, bringing on Sevilla player Bryan Gil, and Rafa Mir, who stars for Wolves in the English Premier League, to try and make a breakthrough, but the Egyptian defence held firm.

Chances were few and far between for Spain, as Rafa Mir had his header blocked on the line by the Egyptian goalkeeper, and Vallejo fired wide when through on goal, and saw Spain start in a fashion they didn’t plan for, and now, they have two more matches in which to try and top a group that also contains Australia and Argentina, as reported by larazon.es.