Antoine Griezmann hints at playing for France at Paris 2024 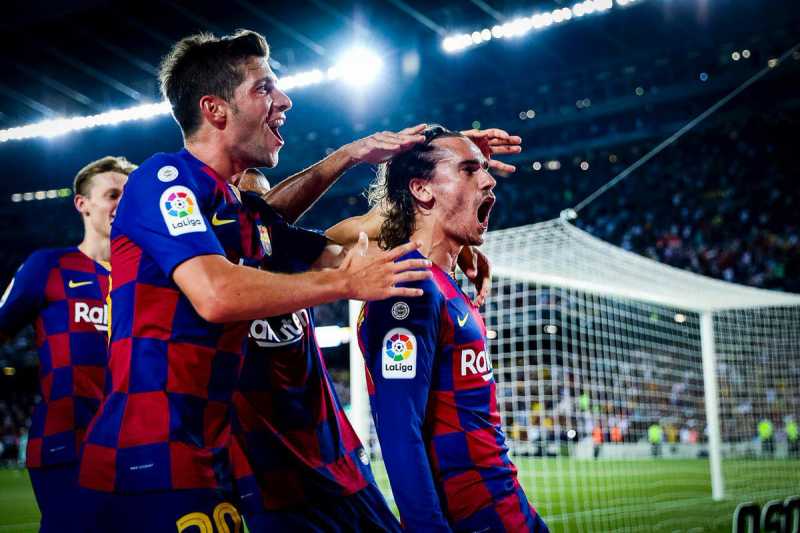 France’s World Cup winner Antoine Griezmann sent a message of support to the French Olympic team and suggested he would be available for the Games on home soil.

The global football superstar tuned in to watch Naomi Osaka  light the flame at the Tokyo 2020 Opening Ceremony  on Friday, July 23, and hinted that he might play at Paris 2024.

Taking a moment out to tweet well wishes to the French Olympic team, saying:

“Wishing you happiness and success, we are very proud of you. Vive la France!”

The official Paris 2024 Twitter account replied: “In the procession in 2024, Antoine?” to which Griezmann replied with a hands together praying emoji, a French flag and a heart.

Griezmann has never played in an Olympic Games and will be 33 when Paris 2024 rolls around where he would have to be one of three over-age players, Olympics.com reported.

It is not the first time the French striker has talked about playing at Paris 2024, telling Le Figaro newspaper in 2018, “It would be one of my sweetest dreams. You imagine, wearing the jersey of the France team, in Paris, at the Olympic Games, for a global meeting. It gives me chills. Afterwards, I do not control all the parameters between the club where I will be, the selection, the calendar issues, but this is clearly one of the objectives.”

French fans are excited by the chance of an Mbappe-Griezmann double threat in Paris, playing for Les Blues on the Olympic stage.

Mbappe talked of his desire to play at Tokyo 2020 but in the end it didn’t happen.

Maybe Paris 2024 will make this sensational duo’s dreams come true – theirs and those of their millions of followers around the globe.

Griezmann is currently relaxing after a long season and disappointment at Euro 2020 where the fancied French crashed out on penalties to Switzerland in the round of 16.

The World Cup winners went home, earlier than expected, after the biggest shock of the tournament.

“Difficult to move on after this defeat!” he posted on Instagram afterwards.

“To emerge victorious from this competition was a dream, a goal for us. We will learn from our mistakes and come back stronger.”

“I would like to thank you… you French people present in the stadiums, in front of your screens with family or friends. And a big thank you to all our supporters who proudly wore our colours on match days.”