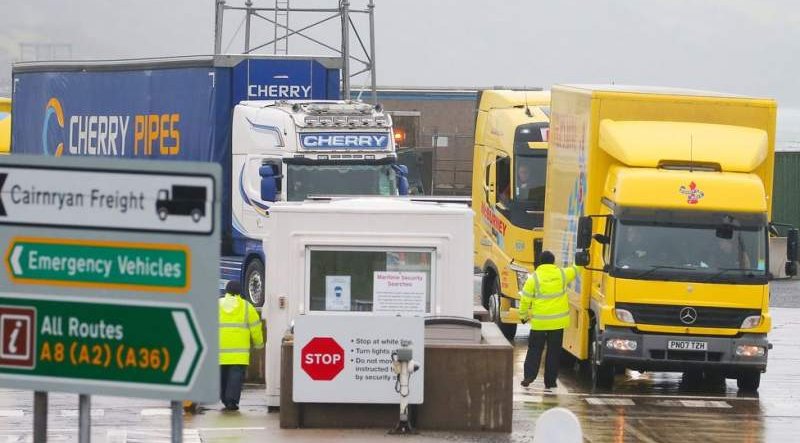 Britons have vowed to boycott EU goods after some M&S food shipments to Ireland had to be destroyed.

Britons furious over the massive food waste caused by border delays to Ireland have vowed to boycott all goods coming into the UK from the European Union.

This came after an M&S boss revealed that at least a fifth of all company exports to Ireland are getting turned away and destroyed at the border.

M&S Supermarket Chairman Archie Norman explained how outrageous post-Brexit border checks on his company’s food imports to the Republic of Ireland means lorries have experienced delays of up to 48 hours, meaning products have to be destroyed as they would be deemed unsafe for human consumption.

The M&S Chairman told BBC Radio 4’s Today Programme: “Since January we have been exporting into the Republic of Ireland. At the moment, only about 80 per cent of our product is getting into Ireland, so 20 per cent doesn’t arrive at all, and that applies to other retailers as well.”

The government said border checks on goods from Great Britain it signed up to in the 2019 Brexit divorce deal has so far proved unsustainable and are causing immense damage to Uk firms.

Brexit Minister Lord Frost said they risked harming business and were damaging the “fabric” of the UK. The EU is standing by the original 2019 deal and said it would not agree to renegotiate the terms.

The checks were agreed to in the 2019 deal and are included in the Northern Ireland Protocol, a section of the Brexit deal designed to avoid border checks on the island of Ireland. Lord Frost called on the EU to look on the UK’s proposals with “fresh eyes,” adding: “We cannot go on as we are.”