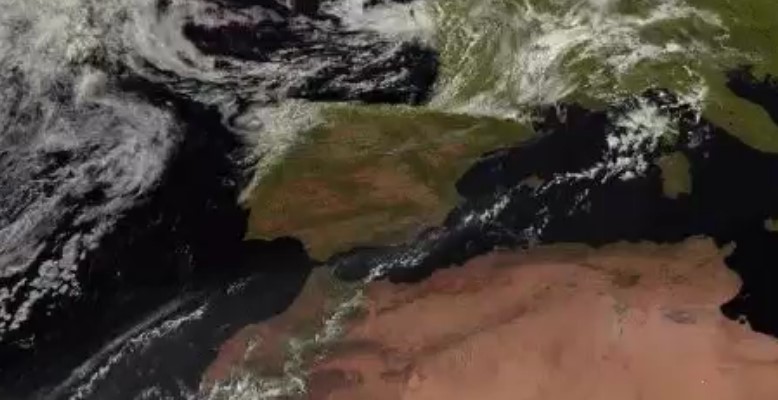 Spain’s State Meteorological Agency, AEMET, has alerted five communities across the country to expect high temperatures and strong storms tomorrow, Sunday, July 25, specifically, Andalucia, and Murcia are on alert for high temperatures, with maximums of 36 degrees in the Guadalquivir valley, and areas of Malaga province.

Aragon and the Valencian Community have been issued alerts for strong storms, and the Balearic Islands for rissagas, while they forecast that winds with a north and east component will predominate in the eastern Mediterranean area, and from the west and northwest in the rest of the Peninsula, with strong west gusts in the Alboran Strait and coastline.

ANDALUSIA: A little cloudy or clear, with falling temperatures, locally noticeable in the extreme east. Winds from the west. Strong western intervals on the Mediterranean coast and in areas of the Strait.

REGION OF MURCIA: A little cloudy or clear, with minimum temperatures, without changes on the coastline and decreasing in the rest; highs in decline, locally notable. Loose variable winds, tending to the southeast in the afternoon.

VALENCIAN COMMUNITY: In Castellón, and south of Alicante, slightly cloudy or clear, and in Valencia and north of Castellón, low clouds in the morning tending to be slightly cloudy. In the interior of Castellón, cloudy intervals of diurnal evolution in the afternoon, with showers and occasional storms that can be locally strong.
In the south of Valencia, and north of Alicante, cloudy intervals with probable occasional showers in the afternoon.
Falling temperatures; the maximums will continue to be significantly high in the Vega Baja del Segura, where 36 degrees can be reached, while in Alicante, light wind from the north turning southeast and in Valencia and Castellón, light wind from the east with moderate intervals on the coast, as reported by larazon.es.