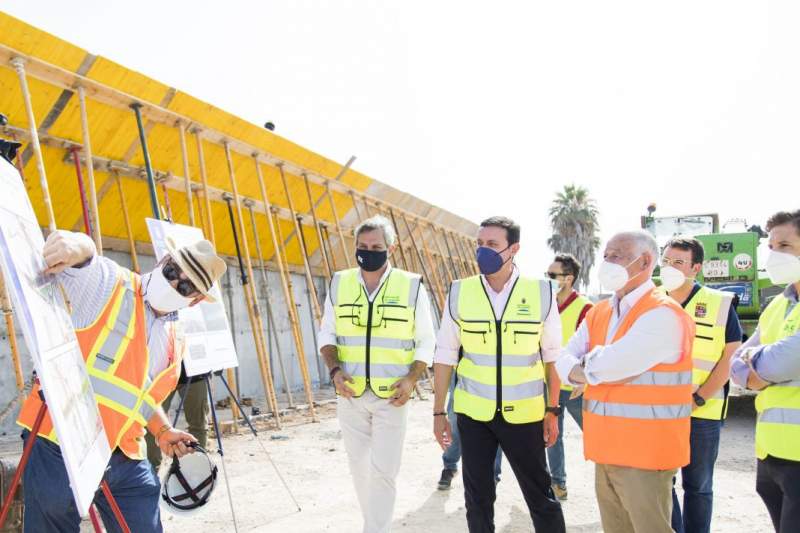 Linked up THE Diputacion provincial council began constructing the Rambla del Cañuelo bridge which will link Roquetas, Vicar and La Mojonera while also accessing the A-1051 bypass and the Autovia del Mediterraneo.

Not going ANDALUCIA’S Upper Court of Justice (TSJA) declared that the Algarrobico hotel should not be demolished, as planning permission was granted in 2003 and Carboneras town hall is the competent body to decide whether to annul this.  Environmental organisation Greenpeace announced that it will appeal to the Supreme Court.

Not enough ALMERIA province’s primary healthcare centres need another 40 doctors, claimed the Simeal union that represents them.  Pressure continues, owing to the pandemic, but despite 2,354 extra staff provided by the SAS health service this summer, this does not compensate for retirements, transfers, sick leave or holidays, Simeal said.

Fiestas off ANTAS town hall announced that it was suspending next August’s fiestas in honour of San Roque.  Antas mayor Pedro Ridao Zamorra said that despite earlier hopes for a better situation and with so many residents vaccinated, the pandemic continued and the celebrations had been suspended “as a precaution.”

Toy donation THE OHTF Templars plan to distribute toys to 50 children at 6pm on August 1 at Bar Sangre Español in Alfoquia.  Earlier plans to hold the event in Zurgena on July 18 had to be altered, explained Ronny Verbestel on behalf of Andalucia’s OHFT Comanderia Andalucia España.

Caught out A 54-YEAR-OLD Albox woman, who claimed her car was stolen while her daughter used it, faces charges of faking a robbery.  The women’s contradictions aroused Guardia Civil suspicions that were confirmed on finding the vehicle with the daughter’s possessions untouched, including cash which would ordinarily have been taken.

Clear view ALMERIA city hall will spend €1.097 million on acquiring and demolishing properties in Calle Hercules to ensure uninterrupted views of the castle-fortress built by the Moors in the 10th century.

Waste not ADRA residents deposited almost seven tons of textiles for re-use or recycling in the 15 bins located in different parts of the town during the first six months of 2021.