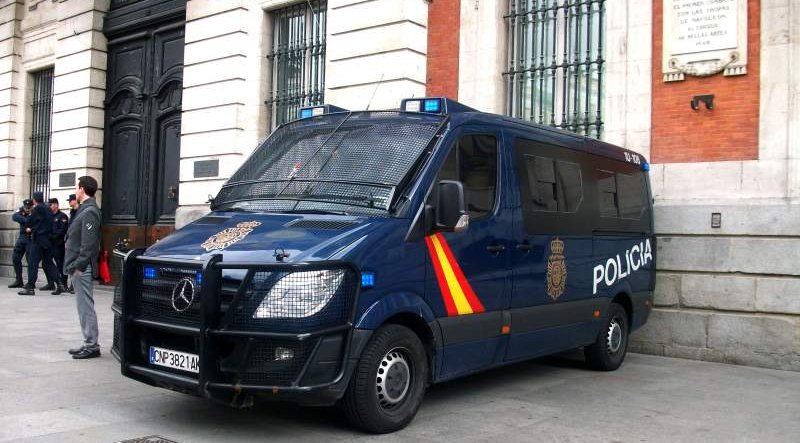 A CLIENT has assaulted staff at a restaurant in Malaga city.

The man, in his 40s, reportedly assaulted staff in Malaga, injuring one employee.
The incident took place in the centre of Malaga when a man dressed in a red shirt entered the pizza restaurant accompanied by a woman.
He went to the bar and employees served him but the man reportedly shouted at and insulted staff.
The employees decided not to continue serving the customer due to his attitude, leading him to say, “If you don’t serve me, I’ll break the plate on your head.”
The woman accompanying him tried to get him to leave the pizzeria, however the client became very violent and tried to attack the establishment’s staff before they threw him out.
The man threatened to kill those working there and came back later armed with what appeared to be a shotgun.
According to reports, it was instead a crossbow, which the man used to assault one of the staff, injuring their nose.  The customer then reportedly shot an arrow at the glass window before throwing furniture at it.
While destroying the restaurant, the man also threatened to kill staff before leaving.
Police came out and are now searching for the man, while officers from the National Police have opened an investigation into the crime.
The news comes after a patient was arrested earlier this year after insulting and kicking a doctor in the emergency room of the Malaga Regional University Hospital.
The events occurred early Wednesday, June 30, when the woman arrived in a drunken state, and allegedly insulted and attacked the doctor who was treating her in the emergency room of the Malaga Regional University Hospital. The Malaga College of Physicians strongly condemns this new case of verbal and physical assault on a colleague from the hospital emergency room.
The acting president of the College of Physicians, Juan José Sánchez Luque, recalls that the institution achieved “in a pioneering way, and at the national level, that the attacks on doctors were considered a crime of attack; we have been next to each of the companions and we demand an ‘enough’ of aggressions towards the professionals who practice medicine putting the best of ourselves to attend to our patients.”
The College of Physicians recalls that the Urgent Care Telephone (TAU) is available to the membership for this type of situation. The phone works 365 days a year from 8am to 8pm. On the receiving end, one of the lawyers from the Corporation’s Legal Department attends to the call.
The doctor involved in the assault called the TAU and the case was handled by the Legal Department of the Medical Association on the Costa del Sol.