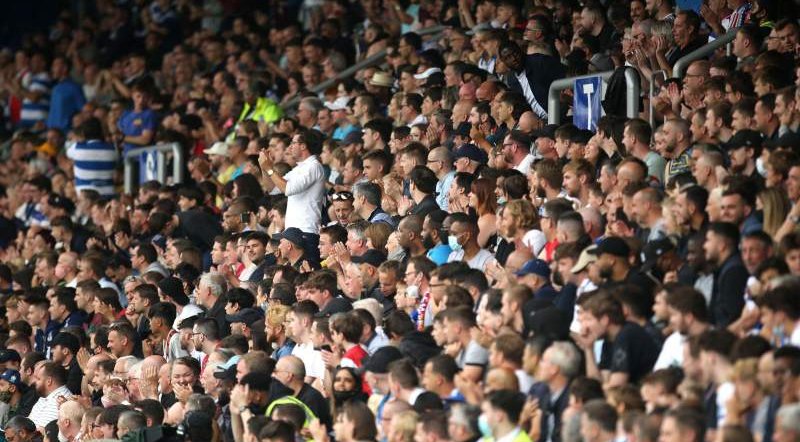 Football fans to be BANNED from Premier League matches if they cannot show proof of double Covid jab, under government plans.

Cabinet Ministers want to allow full capacity crowds to return to stadiums for the first time since the start of the pandemic – but will only allow this to happen if everyone can prove they are fully protected against coronavirus.

The idea has been tossed around during top-level discussions between Whitehall officials and the sport’s ruling body in the last few days.

It came as England manager Gareth Southgate appeared in a TV advert to urge young people to get vaccinated, after thanking the British public for their support throughout the EURO 2020 football tournament he said it was their chance to “Get your freedom back”.

With the big kick-off just three weeks away, plans have been drawn up to require all spectators over the age of 18 to show proof of two vaccinations before being allowed to enter a football stadium.

The rule would cover all grounds with a capacity of over 20,000 –  a figure covering most Premier League grounds.

Newly promoted Brentford has room for just 17,250 spectators, so could be made an exception to the new requirement.

“It’s really important that fans are able to continue watching sport over the autumn but we want to ensure that everyone is safe. That is why we’re looking at the role vaccines might play in this. It will not only allow full-capacity stadiums but has the added advantage of encouraging people of all ages to go and get their jabs,” said a senior Government source.

Thousands protest against restrictions across Europe over the weekend.

The protesters are angered by health passes and mandatory vaccinations, as they believe those policies curtail freedom. European governments are ramping up pressure on the unvaccinated to get the jab.