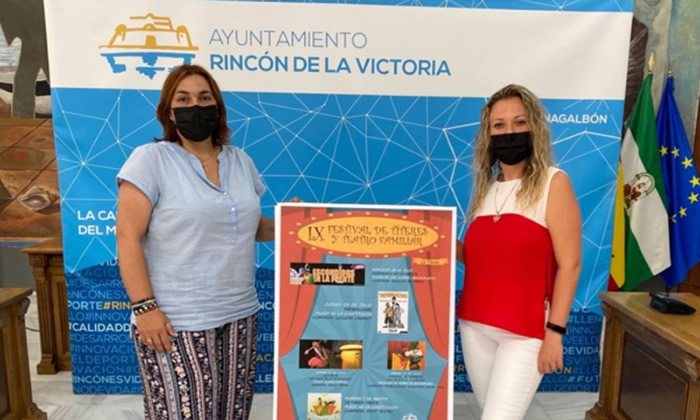 Rincon de la Victoria Town Hall, last Thursday, July 22, held a press conference to announce their IX Festival of Puppets and Family Theatre, which will start on Wednesday, July 28, and finish on Sunday, August 1, with the various events taking place in four venues in the municipality.

Clara Perles, the local councillor from the Department of Culture announced this event, saying, “this year we have extended to one more day the program of the festival that will reach the four towns of the municipality, in order to bring these high-level shows to all audiences”.
Ms Perles added, “We continue to bet on local companies and also with national projection with prestigious puppet shows, and family theatre, to continue offering a greater variety”, before going on to explain that each show starts nightly at 10pm, and entry is free to each event, but that tickets must be obtained in advance by emailing [email protected], with a maximum of 6 places being allowed for people living together.

On Wednesday, July 28, the first event will be, ‘Escondidos en la Fuente, performed by the Angeles de Trapo company, in the Las Flores de Benagalbon square, a show addressing the issue of plastic waste affecting the environment, then on Thursday, July 29, in the Constitucion square in Rincon de la Victoria, you can see ‘Paparruchas’, courtesy of Cochera Cabaret, with a comedy that uses the techniques of clowns, theatre, stage magic, and urban dances, based on the work of Charles Dickens.

Friday, July 30 will see the show ‘Lecturita… beyond imagination’ by the Indigo Teatro company, held in the Gloria Fuertes square in La Cala del Moral, a family play set in the world of imagination, combining theatre with classical dance, clowns, singing, and little winks of magic, performed by live actors, joined together with puppetry.

One day later, under the direction of Miguel and Antonio Pino, ‘Peneque, the heart that moves flamenco’, taking place in the old Torre de Benagalbon railway station, a fun story that uses flamenco as its base.

Closing the Festival, on Sunday, August 1, will be the Petit Teatro, with ‘La Panda Pirata’, in the Constitucion square in Rincon de la Victoria, with a story about the environment, in which the characters of Nasu and Basi embark on a great adventure to search among the rubbish of Cacatoa Island for hidden treasure, as reported by diariosur.es.