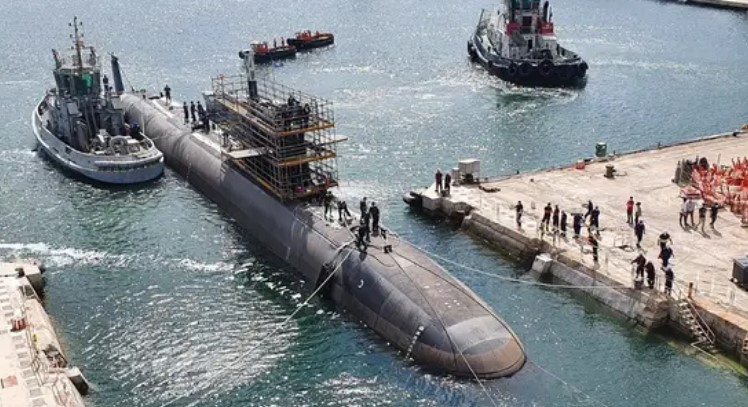 SPANISH NAVY’S new S-81 Isaac Peral submarine has had more tests and equipment installed, and is progressing on schedule

Work on the Spanish Navy’s S-81 Isaac Peral submarine is progressing to schedule, and after its initial launch testing last May 7, the tests and the installation of equipment have not stopped, with the vessel going into dry dock at the end of June for its first scheduled grounding, in which the Navantia operators installed the attack periscope and the Integrated Platform Control System (SICP), which are already operational, and have been tested.

Tests were carried out including the blowing and ventilation of ballasts, preservation of sealing of ballasts afloat, and seawater cooling, along with lanyards, bilge, levelling and regulation, inertial navigation system, ventilation monitoring and air conditioning systems, also all being fully tested and reported as working.

The next big milestone will be the ignition of the engines, scheduled for the last quarter of 2021, but before that, at the end of August, the first official version of the combat system core will be loaded.

Following those tests at Navantia’s armament dock in Cartagena, the submarine was transferred back to shore on June 25 for the first of the two planned groundings before being able to put to sea, where an optronic sensor on the head of the mast of the same name, and the attack periscope have been installed.

Shipyard staff also started and tested the Integrated Platform Control System (SICP), developed by Navantia Sistemas, which is now fully operational, before finally, the combat system consoles wereput into operation, with the necessary software to start up the sonars.

Work on the S-81 Isaac Peral will not stop, not even in August, and at the end of the month, the company’s technicians will load the first official version of the combat system’s core, the so-called CSLO (Combat System Lightoff), a system also designed by Navantia Sistemas.

If all goes according to plan, the submarine’s first sailing outing is scheduled for the first quarter of 2022, with the final delivery of this first S-80 series submersible to the Navy scheduled for a year later, between February and March 2023, with its work being closely monitored during visits to the Navantia shipyard in Cartagena by Margarita Robles, the Minister of Defence, and Admiral-General Teodoro Lopez Calderon, the Chief of the Defence Staff, as reported by larazon.es.