Drunk driver in Granada kills a motorcyclist in head-on collision 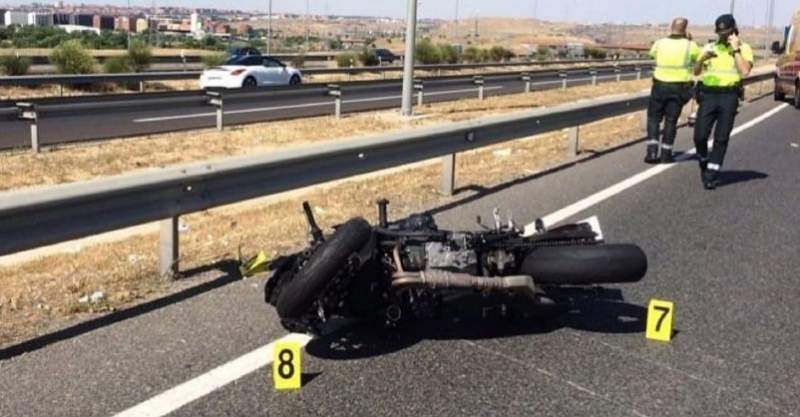 In a tragic incident that took place in the Granada municipality of Padul on July 11, a 42-year-old man who was riding a motorcycle was involved in a head-on collision with a drunk driver, and sadly lost his life.
The incident was confirmed by the Guardia Civil, who brought the 29-year-old driver of the vehicle to justice, charged with the crime of murder, along with other charges of injuries, after he had been found to be driving under the influence of alcohol at the time of the accident, as well as driving without a licence, which had previously been taken away from him after he had lost all his points.
This terrible tragedy occurred at 10pm on the night of July 11, on the N-323 road, in the municipality of Padul, when the 29-year-old car driver was heading in the direction of Bailen, while a moped driven by the 42-year-old victim was going in the opposite direction, towards Motril, with his 38-year-old passenger.
Guardia Civil officers at the scene of the crash wanted to establish the reason why the car driver had crossed into the lane that the moped was travelling in, which subsequently caused this awful collision, and conducted an alcohol test on the driver, which returned a positive result.
The man was arrested on the spot and charged with an alleged crime of murder due to serious negligence, and another charge for the serious injuries received by the moped’ passenger, also due to negligence, in addition to two other charges against road safety, along with that of driving under the influence of alcohol, and of driving while disqualified, with the case due to reach its final decision very soon, as reported by elmira.es.