EVENTS: Where to go and what to do in Mijas this summer 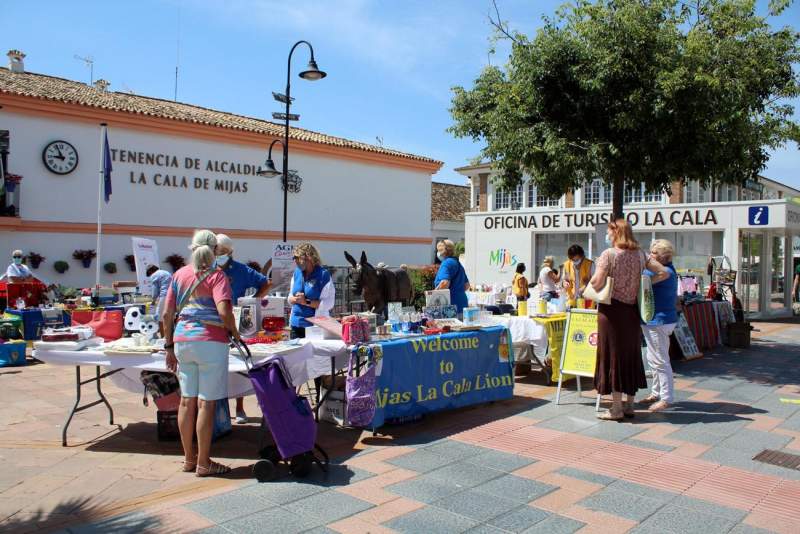 FROM open-air cinema to tapas and flamenco, take a look at where to go and what to do in Mijas this summer.

Open air cinema
THE open-air cinema events continue this month at different locations in Mijas at 10pm.
Social distancing is in place so that locals and visitors can safely enjoy the films in the cool of the evening.
July 21 will see the screening of The Adventures of Dr Doolittle in La Cala.
On August 4, Las Lagunas fairground will also be the place to see the Spanish film ‘Padre no hay más que uno’. Entrance to all films is free, but access is limited.
The films which have already been shown this month are The Witches and The Addams Family.
This is a very popular event with locals which is arranged every year by the town council.
Local pool open
OSUNILLAS swimming pool will remain open to the public all throughout August.
The pool is open from Monday to Friday, from 1pm to 8pm, and on Saturday and Sunday from midday to 8pm.
There are several hours in the morning reserved for the local sports club summer camp.
To use the pool, a reservation must be made with the Sports Department and locals can access the facilities up to three times per week. Children under 14 must be accompanied and eating and drinking is not allowed. Masks are mandatory in the toilets and when a safe distance cannot be maintained. Maximum capacity is 100 people in the week and 80 at the weekend.
Get kids reading
THIS summer, Mijas has launched a campaign to encourage children to read.
Children aged between six and 12 who are holders of the readers’ card can take part and with every book they read, they get a sticker. When they get 10 stickers, they get two tickets to Mijas Aqua Park as a prize, the councillor for Libraries, Natalia Martinez explained.
The children will have to fill in diaries which will be different depending on their age, and will be encouraged to visit local beaches where they can collect the stickers they need.
The aim is to get children to see reading in a different way from how they do during the school year, and think of it as a way to spend their free time in the summer, for entertainment.
There are four municipal libraries in Mijas which families can visit to get the readers’ card and choose different books. At the end of August, there will be a party, and all children who have taken part in the campaign will get a diploma.
Art and magic
THE Casa Museo in Mijas Pueblo is holding an exhibition of the works of Mijas artist Daniel Tamayo Peña until August 2. The exhibition is entitled Dos Vidas en Una (Two lives in one). The museum will be open from 10am to 2pm and 4pm to 8pm.
On July 31 with Jose Tejada in Plaza Virgen de la Peña, Mijas Pueblo, and on August 14 at the fairground in Las Lagunas, you will have the chance to see magic at 9.30pm, which will delight adults and children.
Get to know flamenco
THE Flamenco al Compas festival is being held in Plaza Virgen de la Peña in Mijas Pueblo at 9pm this month and is a great opportunity to learn more about this traditional style of Spanish singing and dancing.
On Wednesday, July 28, sees Sonia Berbel singing, Jose Antonio Rojas on the guitar, and the dancing skills of Juan Diego Tenorio and Claudia Cruz, with Un Olé a Tiempo. This brings the classic and contemporary styles of flamenco together and includes several pieces and styles, such as fandango and tango.
For more information, contact [email protected] or phone 952 590 380.
Charity Market
WHEN charity shops were closed during lockdown, a large part of their income was cut off. Some joined forces with Mijas Foreign Residents’ Department and came up with a plan: a Charity Market, which was launched several months ago and will carry on throughout the summer on the last Wednesday and Thursday of every month in August from 7pm to 10pm.
Held by the Town Hall building in La Cala de Mijas, several different charities take part and put up stalls selling all kinds of second-hand goods from their charity shops as well as other items to raise money. It’s a great opportunity to enjoy the warm evenings in La Cala, have a walk around and browse the stalls for a bargain buy.
Mijas Tapas Route
MIJAS Pueblo Tapa Route will be held this year every Tuesday and Thursday throughout August.
The tapas route, which the council for Tourism hopes will delight both locals and tourists will comply with all current health and safety regulations and will be held from 7.30pm to 11pm as part of the Vive Mijas de Noche programme which also includes live music from Monday to Thursday at 10pm and a street market in Plaza Virgen de la Peña. There will also be live music on Friday nights in La Cala.
According to the Mijas Town Hall the bars and restaurants taking part in the Tapas Route are La Fuente, Bar Fiesta, Chema’s Terrace, La Pesca, Porras and La Boveda del Flamenco, and cafés Bellavista, CoffeeArt and Tapintxo, as well as ice cream parlours Casa Esteban and Mijhitas.

Thank you for reading ‘Where to go and what to do in Mijas this summer’. For more news visit our website, and follow us on Facebook to keep up to date with the latest stories and much more.