Price of milk rises over protests from Spanish farmers 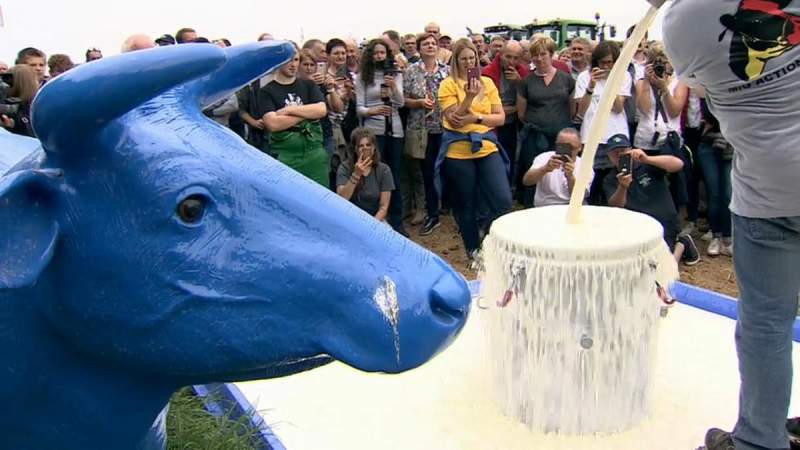 The price of milk is on the increase due to protests from Spanish farmers complaining over low-profit margins.

Spanish supermarket giant Mercadona is leading the rise in the price of milk after protests by farmers.

The Valencian based company, together with Pascual, (a Spanish dairy company based in Madrid, Spain) are leading the movement, which it hopes will translate into a slight improvement in the money that producers receive for their milk products.

Arredondo, livestock sector manager of Coag and former president of the Interprofessional, denounced the price situation and directly accused Mercadona, with a market share of almost 30%, as one of the main entities responsible for selling milk below the 0.60 euros, a policy that translates into lower prices for farmers who deliver milk to their inter-supplier industries.

“We are exactly in the same situation as the dairy producers ten years ago, when they didn’t have quotas anymore, and had to work below their production costs; so they lost money producing milk,” said a farmer from Galicia.

The farmers are also complaining that the EU’s trade deals with Canada and the Latin American Mercusor bloc are flooding European markets- and say citizens must boycott all imported produce and only shop locally.

“The European agricultural policy is the only policy that is totally integrated in the EU, and moreover, that is used by the European trade direction as leverage in international treaties,” Hugues Falys – from FUGEA (The United Federation of Breeders and Farmers’ Groups) said.

The European Commission has just launched a fresh set of measures aimed at forcing transparency around the pricing of products.

However, farmers say unless more action is taken to support them when the EU’s agricultural policy is renewed soon, their feelings towards those in power will remain like sour milk!