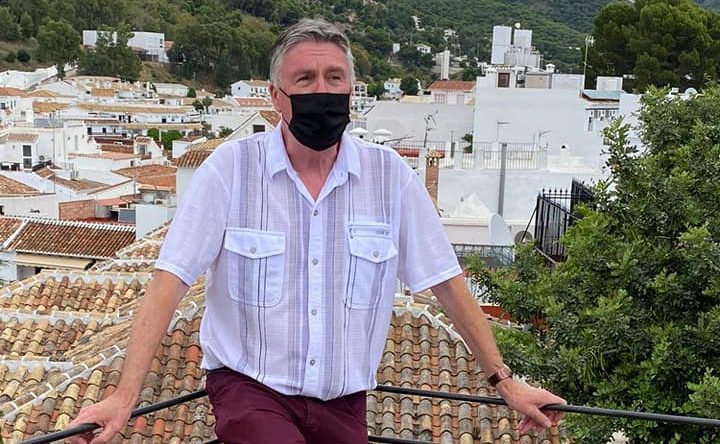 EURO WEEKLY NEWS spoke to long-term Mijas resident Alan Boardman about what he and other locals have been doing supporting local charities and raising money for good causes.

For years now, Alan has been taking people on walking tours of Mijas. In February this year, he began to raise money for Simply Surviving with these tours. Since then, there have been 23 tours with 202 people, covering a total of 65 hours and raising a super €1,625 for charity thanks to the donations of the participants. This money has been donated to the charities supported each month by Simply Surviving: in March Donkey Dreamland Mijas, in April Asociacion Hadas Caradas (Food Fairies), in May Last Chance Animal Rescue and in June Cudeca.
The tours will start again in September when donations will be for Age Concern Fuengirola, Mijas and Benalmadena. They last between two and two and a half hours and as well as showing participants some of the well-kept secrets that Mijas holds, it also benefits local businesses.
For more information about the tours, follow the Simply Surviving page on Facebook.
Simply Surviving was the brainchild of Val Williams, who now in her 80s, has no intention of slowing down. It is a charitable platform that helps local charities by organising events which in turn support the venues where they are held and local performers. There is an event every month, including dinner and a barbecue plus entertainment for around 100 to 120 people held in the Mijas / Fuengirola area. All monies raised are for charity, such as the latest barbecue held, which raised €2,300 for Cudeca.
Other events include quizzes for between 60 and 80 people; the Lunch Bunch, also including lunches held locally.
All this and other charity activities arranged by members has raised €1,000 in March for Donkey Dreamland; €1,000 in April for Food Fairies; €1,200 in May for Last Chance Animal Rescue and more than €5,000 in June for Cudeca.
If you want to support their initiatives or become involved, follow Simply Surviving on Facebook to find out all the details.

Thank you for reading ‘Supporting local charities’. For more news visit our website, and follow us on Facebook to keep up to date with the latest stories and much more.