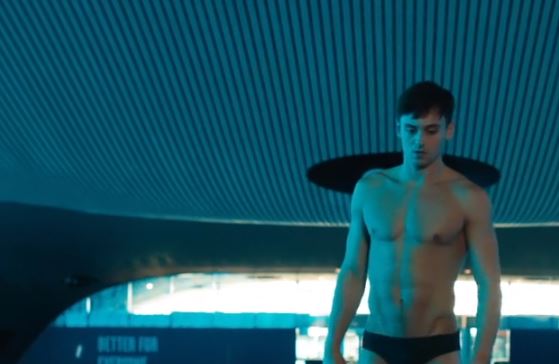 Tom alongside Matty pulled off a stunning 10 metre synchro dive to secure the win. Tom has been craving an Olympic gold medal for some time now and his performance with Matty Lee finally saw his dream realised.

Tom had won bronze medals before at both London and Rio but had never made it all the way to gold. Tom first appeared in the Olympics at the games in Beijing, and now at his fourth games he has made it to the top of the podium.

Both Tom and Matty put on a stunning show on their way to victory. They went all out with a forward four and half somersault, which has a difficulty rating of 3.7. The pair nailed the dive which left coaches and the rest of team GB roaring with delight and hugging at the side of the pool.

The sport has been dominated by Chinese Cao Yuan and Chen Aisen, but in order to secure victory they would have had to go beyond perfection.

The Brit champions were congratulated by defending springboard champ Jack Laugher who rushed to hug the pair. The competition with the Chinese athletes had been expected to be extremely fierce and many thought would be a two horse race, but the Brits won out in the end.

In other Olympic news, On Sunday, July 24, the Spanish tennis player Sara Sorribes took on the world number one Australian Ashleigh Barty. Sorribes put on a stunning performance and eliminated Barty in two sets by 6-4, 6-3, in what was her in her debut at the event.

The Spanish player from Castellon made a stunning debut in Tokyo and her career has been progressing well in 2021.

Sorribes did not allow her nerves get the better of her and she took on her high ranked opponent and remained confident at all times. Her serve has occasionally given her problems in the past, but she managed to remain confident and come out victorious.