As Iran and Armenia Inch Closer, Could Europe’s Interests be Threatened? 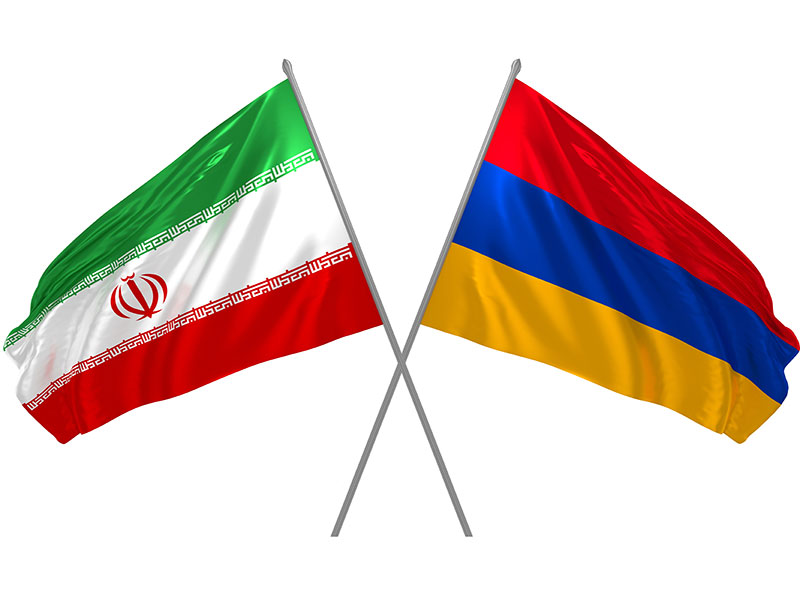 Growing economic ties between the Islamic Republic of Iran and its northern neighbor Armenia, should be sounding alarm bells for the West, especially Yerevan’s significant trading partners in the European bloc.

Commercial relations between the two nations go back decades, to the early days of Armenian independence. Shortly after Armenia achieved nation status in December 1991, Iran was one of the first to establish diplomatic dialogue with the new country.

On February 9, 1992, less than two months after the Republic of Armenia came into being, Iranian and Armenian officials signed a formal declaration on principles for diplomatic ties and general relations between the two governments. The early date of this treaty even preempted Armenia’s admission into the United Nations, which would come only in March. In April 1992, the official opening ceremony of the Iranian Embassy in Yerevan was held. A few months later in December the Armenian Embassy opened in Tehran.

Since this period, nearly three dozen mutual visits have taken place between the two states at various levels. The last notable visit, and one of the more diplomatically significant, came from Iran when President Hassan Rouhani traveled to Armenia in December 2016. The following year, then President of Armenia, Serzh Sargsyan, visited Iran. In the twenty-six year span between 1992 and 2018, more than 180 diplomatic and cooperative documents have been signed between Armenia and Iran.

These numerous and continuous interactions between the two countries has bred one of the more fruitful commercial relationships in the region. Over the past two decades, Armenia and Iran have developed numerous joint projects furthering their respective economies. The Iran – Armenia gas pipeline was completed in 2007 and continues to supply much of Armenia’s energy needs to this day. Over the next several years, trade in several staple commodities of both countries continued to rise. Total trade volume reached $200 million in 2009 and rose to $300 million by 2014. Into the modern period, Armenia buys over $300 million in products from Iran, while shipping nearly $100 million dollars of goods to Iranian buyers.

This mutually beneficial relationship was threatened in 2018 when the Trump administration withdrew from the Iranian nuclear deal, and sanctions on governments and individuals doing business with Iranian entities were reimposed. Under U.S. pressure, Armenia was forced to sever many of its connections to its southern neighbor. Now, since the Biden administration has taken office, it appears that Armenia and Iran are reconciling. Recent reports reveal an uptick in cooperation between the two old allies, a development which could have serious repercussions for the business world.

Attempts by Iran to circumvent sanctions using Armenia is not necessarily new. International media reported Iran’s use of the Armenian financial system to throw off Western intelligence agencies back in 2012. Slowly, Iran’s collaboration with Armenia escalated. The Armenian-based Armenpress reported that some 5,000 companies with substantial Iranian holdings operate in Armenia. According to the Armenian Ministry of Economic Development, 36.6% of foreign companies registered in Armenia are Iranian, operating in a wide spectrum of industries, from IT, processing, construction and real estate, trade, agriculture, tourism and transport.

There are now many indications Armenian and Iranian officials are working together to find creative ways around the U.S. and the remaining European sanctions placed on the Islamic Republic. One news story from March of this year, for instance, laid out evidence showing Iran formed a fake Armenian airline in order to skirt sanctions and enable the purchase of aircraft. The scheme allegedly involved a giant ruse, by which a parched aircraft, which was supposed to be traveling to Yerevan via Estonia, landed in Tehran due to “technical issues” and apparently never left. This should come as no surprise considering the explicit refusal of top Armenian officials to participate in the Iran sanction agenda.

The implications of this engagement with Iran go far beyond Armenia’s borders. Indeed, one of the key reason’s Armenia’s financial and economic systems are so appealing to Iran is Yerevan’s substantial ties to the European trading zone. According to European Union official data, Armenia’s commerce with the E.U. accounts for around 18 percent of Armenia’s total trade. What’s more, the E.U. is Armenia’s third biggest export market with a 17 percent share in total Armenian exports in 2020. With Armenian – Iranian connections increasing, the close ties between Armenia and the E.U. spells serious danger for European companies who are already scrambling to cut contact with any and all Iranian entities out of fear of sanctions repercussions. These concerns are far from theoretical.

The U.S. Treasury Department has already sanctioned several Armenia-based companies for their connection to Iranian entities, among them Iran’s Revolutionary Guard Corp.

The trend of Armenian-Iranian ties is clearly on the ascent. As Tehran and Yerevan edge closer to their old collaborations, it is time for Western governments, particularly in the European sphere, to wake up to the threat this poses to their economies’ viability.