Burnley to Welcome the Opening of an Adult Gaming Centre 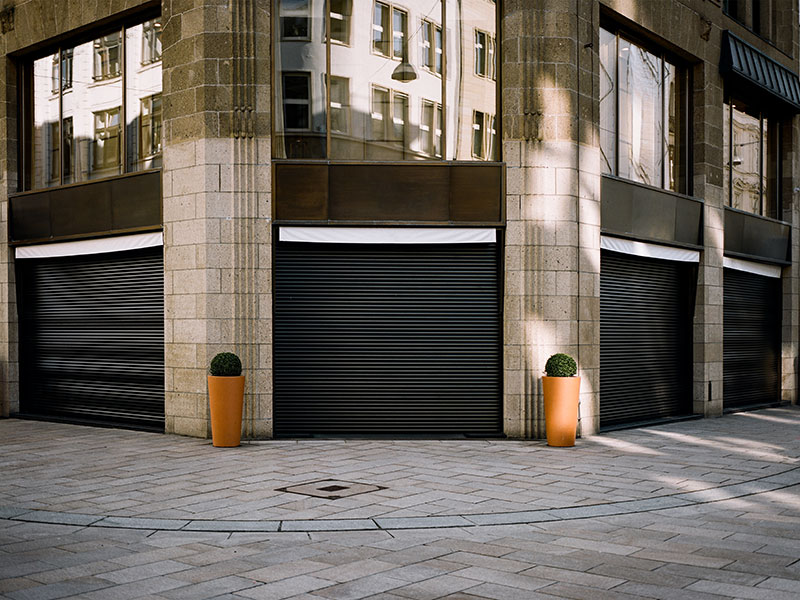 Recent years have proved challenging for high streets, with the shift towards online shopping combining with escalating town centre rental costs to make it harder than ever to make high street outlets profitable. The events of the past 18 months have only served to add salt to the wound, and nowhere is this more obvious than in towns to the north of England like Burnley.
St James Street lies right in the centre of town, and is as bustling an area as you can hope to find in a West Yorkshire town centre during these strange times. But even here, there is a feeling that Burnley is just clinging on. Walk 100 yards in any direction and the once busy streets have an air of desolation, occupied by run-down fast food joints and desultory charity shops. Even in the centre, the coffee shops, opticians and banks outnumber traditional retail and several prime-looking retail units stand empty.
Admiral’s arrival
Number 66 is a case in point. The shopfront could not be more central, and the surrounding businesses are the last of the high street big hitters, names like Marks and Spencer, Barclays and Costa Coffee. Yet it has stood vacant for more than two years, ever since Greenwoods Menswear went into liquidation in 2019. Planning officers from Burnley Borough Council commented that the property had been actively marketed for more than 24 months but that there is a “demonstrable lack of demand” for properties like this for retail use.
Enter Luxury Leisure Talarius, a Yorkshire-based company that operates several brands in the adult gaming market, including Admiral, Sun Valley and Quicksilver. The company’s application for a change of use has been approved and it means the former menswear shop will soon be transformed into an Admiral gaming centre.
The adult gaming boom
The move is a brave one in the current climate, but it demonstrates genuine optimism that life is returning to normal – and that businesses have the confidence to back that optimism with financial investment. Adult gaming, which means real money games of chance, has always been popular, but the sector has also been rocked by the growth of online alternatives in recent years.
Today, more than 85 percent of adults own a smartphone, so the online slots and casino games that we see advertised on TV every night are conveniently accessible to all. When casinos and high street gaming centres in the Admiral mould were forced to temporarily close last year, it drove even more customers to try out the web-based alternatives on offer. Inevitably, not all of them will have shown an eagerness to return to real-world gaming, so the high street gaming facilities are facing a battle for survival that is no less real than the one fought, and lost, by retailers like Greenwoods.
Having said that, we’ve all spent more than enough time staring at screens for our leisure pursuits or to socialise with others. The English dubbed 19 July “freedom day,” as most social restrictions were lifted, and the wave of positivity with which it was greeted suggested that there are millions who don’t just want to get back out into society and return to normal. They also want to make up for lost time. Luxury Leisure is clearly looking to ride that wave by choosing now to establish a high street presence in central Burnley.
New jobs, new vitality
A spokesman for Luxury Leisure confirmed that the new facility, which will bring the total number of Admiral outlets in the UK close to 240, will create 12 much-needed jobs. He added that high street jobs are currently being “lost on a daily basis” and that this investment would play a small but important role in turning, or at least stemming, that tide. He also pointed out that the gaming centre would not be like a seaside arcade and there would be no noisy amusement equipment. He concluded that the addition would not be to the detriment of the town centre’s “retail vitality, viability or diversity.”
Planning officers made no secret of the fact that their first choice would have been for the unit to remain retail space. However, this desire was tempered by the realities of the 2021 High Street. Officers said it was deemed preferable to approve the change of use and allow Admiral to set up shop than to leave the unit standing vacant for months or years against the “seemingly unlikely chance” that a retail tenant would come along.
Also in Admiral’s favour was the fact that similar changes of use were granted for identical units six doors away in either direction. These are now occupied by Blue Lagoon Slots and Shaw’s Amusements, both of which operate very similar outlets to Admiral. The new arrival is expected to open its doors later this year.