France won’t allow Britain to turn the migrant boats around 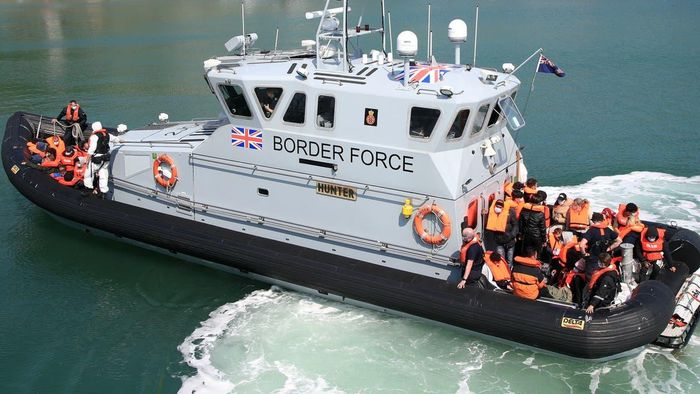 FRANCE has said that it won’t allow Britain to turn migrant boats around, after UK officials had allegedly offered to escort the migrants back into French waters

Amid reports of a record number of migrants having crossed the Channel into Britain, it has been revealed that late on Monday night (July 26), UK government officials had made an incredible offer to their French counterparts, that has been turned down by France.

Boatloads of migrants leaving French coastal areas have been resisting any attempts by the French to stop them while at sea, so, in a last-ditch attempt to stop the huge influx, Britain had allegedly offered to use its warships to pick up and return the migrant boats back into French waters, but officials in Paris apparently rebuffed the offer, claiming it was politically difficult for a ‘proud sovereign nation’ to give Britain permission to return the migrants to its shores.

Under the terms of French maritime law, their authorities are only allowed to intervene with any vessel crossing their waters if there is an immediate danger to life, and because the majority of migrants now make threats against any craft that approaches it, the French patrol boats can only follow them until they leave French waters, from where, the UK border forces take over.

This news comes as a reported estimate of 2,000 migrants are grouped on the other side of the Channel, ready to make their way to Britain, and it would seem that UK authorities are growing increasingly more exasperated by the whole situation, with it now believed that around 9,000 have already managed to reach British shores in 2021 alone, while around 8,000 more have been intercepted and prevented from entering, with highly-organised criminal gangs operating from French shores, sending the migrants across the Channel.

In what was a very controversial deal last week, Priti Patel, the Home Secretary, came to an agreement with the French on a £54million deal for extra policing, that includes the use of drones, but now it has emerged that due to a French legal ruling over privacy concerns, its police forces are prohibited to use the drones.

Last Sunday, another 378 migrants reportedly made it across the 21-miles crossing to British shores, as reported by dailymail.co.uk.