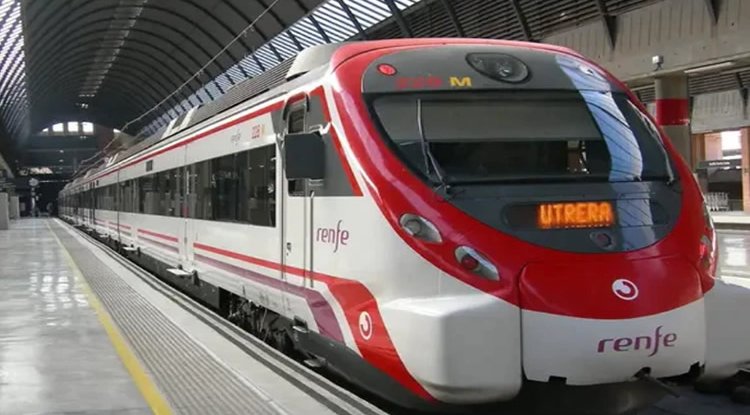 RENFE makes the largest train purchase in its history as it purchases 152 units from Alstom for €1,447 million

Isaías Táboas, the president of Renfe, and Leopoldo Maestu, the president of Alstom Spain and Portugal, have together signed an award contract, which, with an endowment of €1,447 million is “the largest in the history of the railway in Spain”, as the company acquired 152 high-capacity Cercanías trains from Alstom.

This award was approved by the Renfe Board of Directors last March, and includes, in addition to the 152 trains, the parts of the fleet, the initial warehouse of spare parts and their tools, and the maintenance of 56 vehicles for 15 years.

As both parties reported in a statement on Monday, July 26, the trains will be manufactured in the Industrial Centre that the company has in Santa Perpetua de Mogoda, in Barcelona, and will allow the creation of some 500 direct jobs, plus another 1,000 indirect ones.

Each of the new trains will have a capacity of at least 900 seats, 20 per cent more than the current Civia, will be fully accessible to people with reduced mobility, and will minimize the time of getting off and on for passengers.

Alstom recognised that “a contract of these characteristics has a multiplier effect” for local technological and industrial development, and proposes doubling the plant’s workforce in the coming years, while making new investments in industrial facilities.

The company explained that the agreement is “a guarantee of work for the next few years” and allows promoting a growth and investment plan for the Santa Perpètua de Mogoda Industrial Centre, which currently employs about 1,000 employees, who work in the integral production of all types of trains for national and international projects.

This latest operation is part of the plan for the renovation of the Cercanías and Media Distancia fleet promoted by Renfe in 2019, with which the company wants to reduce the average age of its trains, which in some cases exceed 30 years old.

Renfe is making “the greatest investment effort in recent decades”, tenders that together exceed €3,500 million, and that will generate around 52,000 new jobs, as reported by larazon.es.