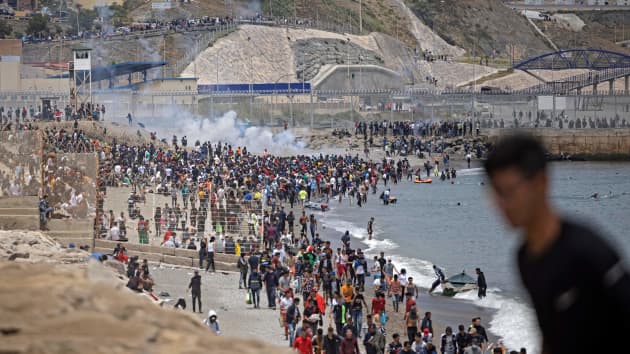 Spain and Morocco 'in talks' to negotiate a complete review of their bilateral relations. image: Twitter

Spain and Morocco in talks to negotiate a complete review of their bilateral relations.

It has been over two months since Morocco allowed the mass exodus into Ceuta of more than 10,000 immigrants and Rabat called its ambassador in Madrid, Karima Benyaich, for consultations in protest at the hospitalisation in Spain of fugitive Saharawian leader Brahim Gali.

Two weeks ago, the Spanish president, Pedro Sánchez, dispensed with the Foreign Minister, Arancha González Laya, who had provoked the wrath of Spain’s southern neighbour by authorising the entry into a hospital of Logroño of the leader of the Polisario Front.

However, the new minister, José Manuel Albares, who has already travelled to London and will leave for Peru this Tuesday, has not yet visited Rabat, although he described Morocco as a “great friend”, during his inauguration.

The crisis seems blocked, at a standstill. However, this is only in appearance, because, according to diplomatic sources, under the surface, intense negotiations are underway.

After a stage in which the only communication was through intermediaries – such as the EU High Commissioner, Josep Borrell, and other members of the European Commission – direct contacts were established.

Spain has now put forward a complete review of bilateral relations in order to clarify it’s position with Morocco.

For example, with regard to Ceuta and Melilla, Spain can bet on economic development supported by its Moroccan environment – an “area of ​​shared prosperity” such as the one sought in the Campo de Gibraltar – or bet on its “insularity”, limiting its contacts with the neighbouring country and intensifying its relations with the EU, for which the possibility of incorporating them into the customs union and the Schengen zone is being seriuosly considered.

While these negotiations continue there are thousands of stranded Moroccans on the streets of Ceuta who recently gathered to protest their situation. Spain does not recognise them and Morocco does not want them back. Hopes are that an agreement can be made soon and that repatriation is the solution. The EU recently granted Spain millions of euros in aid to combat the problem.