Switch DIY pension provider and save £22,800 before expat retirement 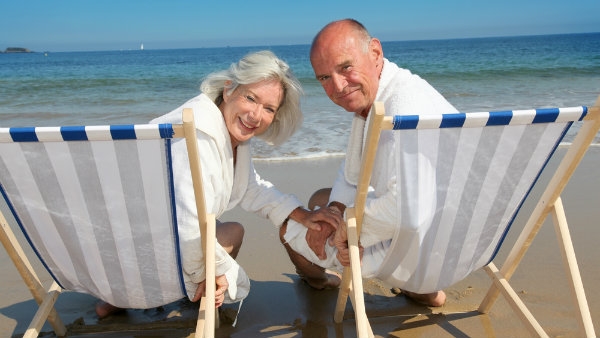 The right pension could save expats thousands before retirement.

Switching DIY pension providers could save consumers and expats £22,800 in the run-up to retirement, Which? research reveals, with the most expensive provider charging customers up to six times more than the cheapest.

Self-invested personal pensions (Sipps) have become a popular way for savers to build and manage their own retirement pot of shares, funds, investment trusts and other assets, often at a cheaper price than traditional pension providers. But choosing a Sipp means taking on responsibility for building and managing your own investment portfolio, so savers will need to have the time and conﬁdence to do this.

The consumer champion analysed the core fees charged by popular Sipps providers and found that switching providers could save consumers thousands of pounds a year in fees, giving them a potentially huge boost to their pension pot before retirement.

Which? found the difference in costs could be significant. Annual costs for a £100,000 pot ranged from £150 to £450, while for a pot worth £250,000 switching from the most to the least expensive Sipp would save consumers almost £1,000 a year. A Halifax Share Dealing customer would have paid charges of £180 after a year compared with £1,125 with Hargreaves Lansdown.

Which? estimated that those starting with £250,000 in a Sipp aged 50 and retiring at 65 could end up with £22,808 more in their pension pot by choosing the most cost-effective provider over the most expensive.

The difference for those lucky enough to have a pension pot worth £500,000 is even starker. Savers could be £1,570 better off per year by switching to the cheapest provider, with Halifax Share Dealing again charging customers just £180 in fees while Hargreaves Lansdown was the most expensive at £1,750.

To find the best options in the market, Which? also surveyed more than 1,200 people about their Sipp providers and asked them to rate platforms across a range of factors, including investment information and online tools, as well as whether they would recommend it to others.

Fidelity customers were full of praise for their provider, with one describing it as “pretty faultless – reliable, trustworthy and great value”. Another said it offered “an excellent online platform with good investment data”.

Despite its low-cost offering, Vanguard investors only have access to a limited own brand selection of funds, not shares or investment trusts.

While Halifax’s charging structure makes it the cheapest option for pots over £250,000, it received a relatively low overall customer score, 60 per cent.

On the other hand, although Barclays Smart Investor, 73 per cent, pipped Vanguard and AJ Bell on customer score, it was relatively expensive for certain pot sizes and so wasn’t eligible to be a Which? Recommended Provider.

Aegon had the lowest customer score, 59 per cent, in the survey, receiving just two stars for investment information.

“For experienced investors, DIY pensions often come at a cheaper price than traditional pension providers and offer a flexible and straightforward way to save for retirement – but it’s clear that some offer a much better deal than others,” said Jenny Ross, Which? Money Editor.

“Our analysis shows the best Sipps combine great customer service with good value for money, and that switching to a cheaper provider can make a startling difference to the size of your retirement pot over time.”