EU ‘On Track’ for 70% vaccination target by end of summer 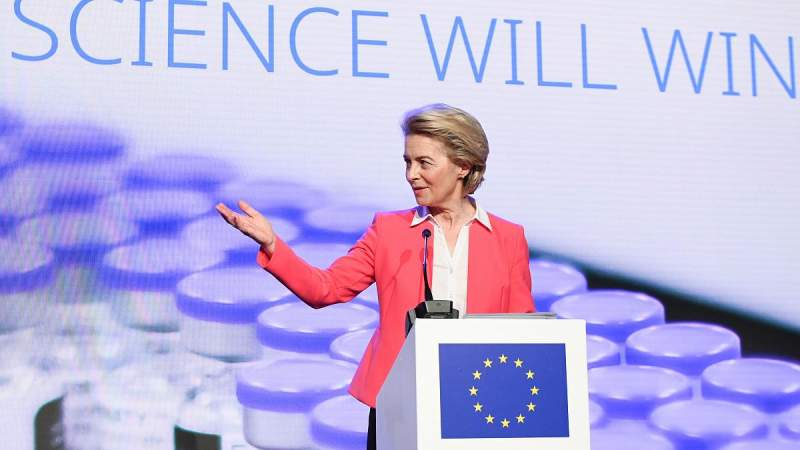 EU 'On Track' for 70% vaccination target by end of summer. image: Twitter

The EU says it is  ‘On Track’ to reach it’s 70% vaccination target by end of the summer.

The European Union has announced it is on course to reach a target of fully vaccinating at least 70% of the adult population by the end of summer- given that the percentage of those 18 and over have now received their first doses.

“The bloc had reached an important milestone of 70% of adults having received a first dose and 57% fully vaccinated. Projections showed that the EU would reach its goal by the end of the summer, she said in a statement,” said EU Health Commissioner Stella Kyriakides in a statement to ministers.

The EU’s vaccine campaign got off to a slow start in comparison to Britain and the United States, mainly due to delays in deliveries of vaccine doses, notably those of AstraZeneca, against which it launched legal proceedings.

Von der Leyen said the EU will overcome the pandemic “by sticking together with science and manufacturing”.

In this collective effort, mRNA vaccines, like the Pfizer and Moderna jabs, will play a major role in the EU’s heath “preparedness” against new coronavirus variants, she said.

However, after a sharp ramp-up in supplies from the second quarter, particularly of the Pfizer-BioNTech vaccine, European Commission President Ursula von der Leyen said the EU was now among the world leaders.

“The catch-up process has been very successful – but we need to keep up the effort. The delta variant is very dangerous. I therefore call on everyone – who has the opportunity – to be vaccinated. For their own health and to protect others,” she added.