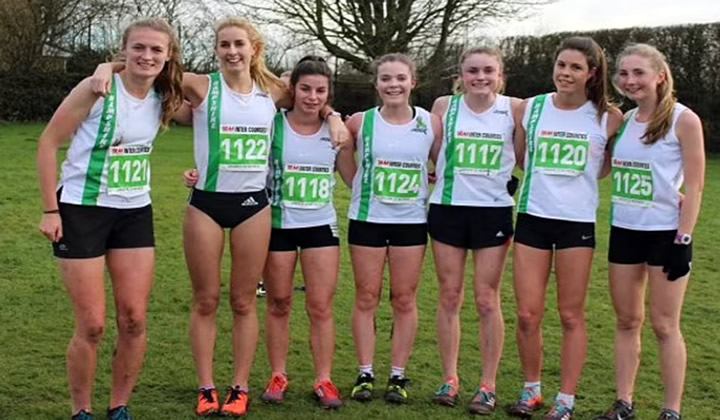 Hannah Knapton, first on the left in this photo, makes history by being selected as Parachute regiment's first female officer.

Hannah Knapton has made military history by beating scores of male officer cadets at the legendary British Royal Military Academy of Sandhurst to become the first female recruit to ever be selected to lead a battalion of the famous fighting regiment.

Upon completion of her final exercise at Sandhurst she will receive the coveted maroon beret with its winged cap-badge, after passing out as a 2nd Lieutenant, and will attend the Academy’s commissioning ball wearing her regimental mess kit for the first time, having already been interviewed by a board of senior Parachute Regiment officers.

As reported by dailymail.co.uk, a Sandhurst source said of Hannah, “This is a remarkable achievement. For any officer, commanding paratroopers is a daunting prospect. The pressure is huge because the regiment’s standards are so high – and if an officer is not cutting it the blokes won’t respect them. To be the first woman to find herself in this role, that’s going to take a lot of courage and composure on her part”.

They continued, “The regiment is fortunate that it can select its officers from the cream of the crop at Sandhurst, the best of the best. So she must be performing very highly there. Only eight cadets from scores who applied were invited to interview and Hannah is one of five to go forward from there. They wouldn’t be putting her forward if they didn’t think she’s got what it takes”.

Hannah has had to pass the same strict, enduring training that her male colleagues did, with no allowances being made for her gender, and as with the soldiers she will eventually command, Hannah has to pass the brutal infamous entry test know as ‘P Company’, which outside of selection for the special forces is the toughest test in the British military, and includes a parachuting course.

A spokesman for the Ministry of Defence reportedly said last night, “All roles in the Army are open to both female and male soldiers, and it is great to see these opportunities being fully exploited. Once officer cadets are commissioned into the Parachute Regiment, there are still significant hurdles to overcome”.

The Parachute Regiment was born in 1942, at the height of World War Two, and is Britain’s elite airborne infantry, with its soldiers renowned throughout the military world for their training, which turns them into disciplined, versatile soldiers, who are notoriously very aggressive on the battlefield.

Field Marshall Montgomery, once famously said of the first-ever paratroopers in 1942, “What manner of men are these who wear the maroon beret? They are men apart – every man an emperor’, and now, a female officer, Hannah Knapton, will be taking her place in military history with the famous regiment.