IMF predicts Spain will have the highest growing economy in Europe 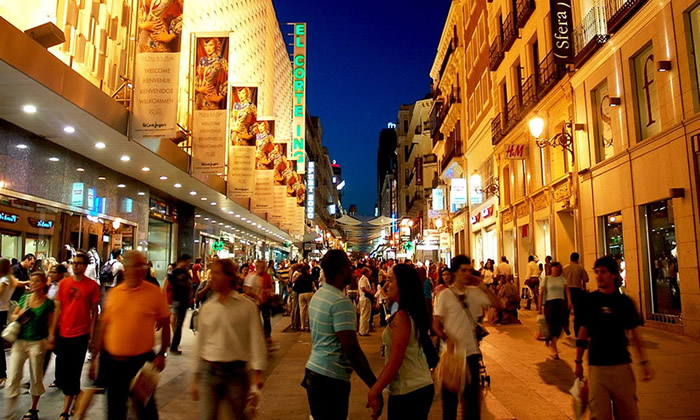 IMF predicts that out of all the major eurozone countries, Spain will have the highest growing economy in Europe in 2021 and 2022

The International Monetary Fund (IMF) has lowered its growth forecast for Spain this year by two tenths, now standing at 6.2 per cent, although it is much more optimistic for 2022, and calculates an increase in Spanish GDP of 5.8 per cent for that year, 1.1 points higher than that it had estimated back in April, as revealed publicly in its review today, Tuesday, July 27, of the world economic perspectives, in which it doesn’t modify its global forecast of 6 per cent for 2021.

According its review, the IMF predicts that of all the major economies in the eurozone, Spain will continue to be the fastest-growing both this year and next, placing it alongside the likes of Japan, Italy, France, and Germany, pointing out that in these cases, a stronger recovery is anticipated in the second half of the year, thanks to vaccination and the economic reopening that will continue during 2022.

Their report, on the other hand, calculates a public deficit for Spain of 8.6 per cent of GDP this year, 2.4 points lower than in 2020, and considers that Spain’s public debt will rise this year to 120.1 per cent of GDP, one-tenth above that of 2020.

For the eurozone, the IMF expects growth of 4.6 per cent this year, two tenths above what was calculated in its April forecasts, and an increase in GDP of 4.3 per cent in 2022, half a point above its previous estimate.

Meanwhile, the IMF foresees that the rebound in activity will be higher in the United Kingdom and Canada, who have clearly increased in expectations for 2021 – with a growth of 7 and 6.3 per cent, respectively – and has slightly worsened for 2022.

On the other hand, the IMF cuts its forecast for Japan by five-tenths this year to 2.8 per cent, and improves it by five-tenths for the next, 3 per cent, while for Latin America and the Caribbean, the Fund improves its expectations to a growth of 5.8 per cent this year, 1.2 points more, and 3.2 per cent in 2022, one-tenth higher than its forecast in April, as reported by cadenaser.com.