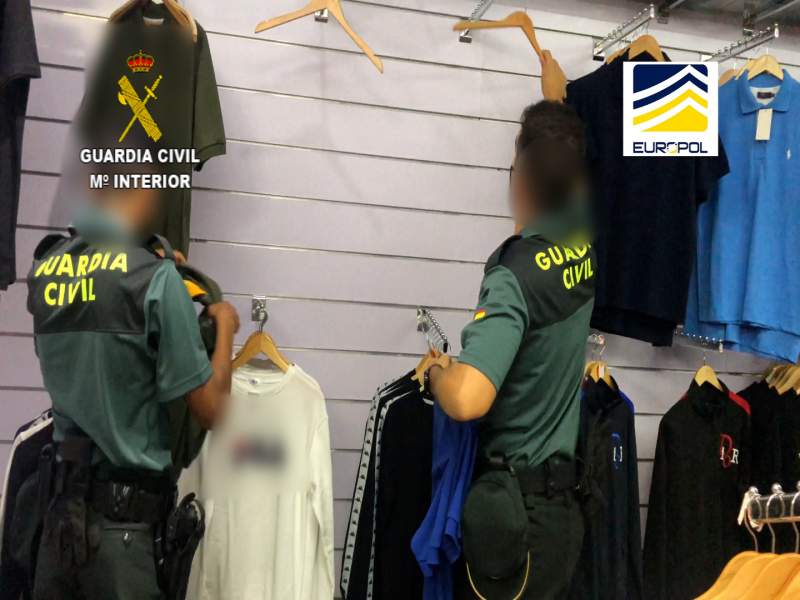 Police in Spain has busted a counterfeit goods gang in La Jonquera.

According to the Guardi Civil, police arrested eight people suspected of being part of the counterfeit goods gang.

The criminal organisation was allegedly dedicated to the counterfeiting, distribution and sale of counterfeit products.

In the second phase of exploitation of operation Frontcopy, eight people have been arrested and 33 investigated, while six establishments, five warehouses and two homes have been raided.

It is one of the first operations against trademark counterfeiting in which homes have been raided, marking a leap forward in the crackdown on crimes against intellectual property.

Two types of counterfeiting have been detected, one of high-quality goods from Portugal, ready for immediate sale, and another using ‘neutral’ items from China to which they add labelling, logos, and distinctive signs of renowned brands

Last Wednesday, July 21, the Civil Guard deployed a police operation in La Jonquera and in Els Limits, a district of Girona, leading to the arrest of eight people and the investigation of another 33, as alleged perpetrators of organised crime and against intellectual property and money laundering.

The investigation began in 2019 when the Girona Guardia Civil received a complaint from the legal representative of an association that watches over the intellectual property rights of different legal brands, in which it was revealed that, in several establishments in La Jonquera and its district, Els Limits, products were being marketed that reproduced and or imitated in an unauthorised way, some of the brands that the association represented.

The Guardia Civil then initiated an investigation under the direction of the head of the court of instruction number four of Figueres (Girona), in which it was determined that in addition to the sale of counterfeit products in some commercial establishments in those towns, the entire infrastructure that surrounds this activity was under the reins of a structured and defined criminal gang.