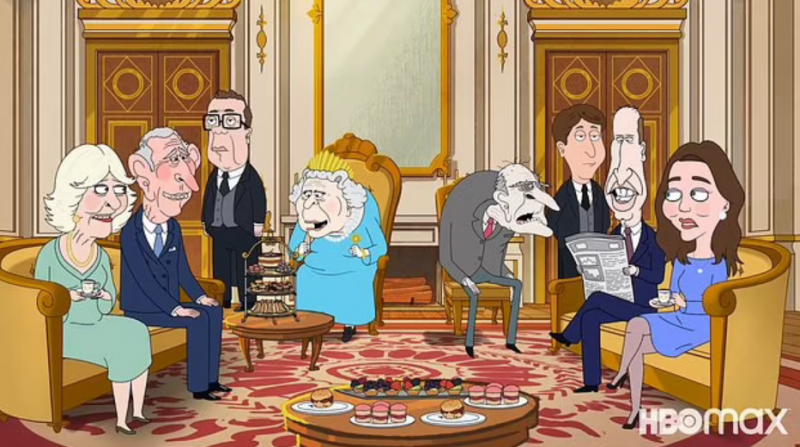 The trailer for a new animated HBO series about Prince George and the royal family has been slammed with some calling it “inappropriate” and “disrespectful”.

The new cartoon, created by Family Guy writer Gary Janetti, gives viewers a glimpse inside the imagined workings of the royal household through the eyes of eight-year-old Prince George.

The Prince is produced by 20th Television Animation and all 12 episodes will be available to watch on HBO Max.

Following the release of the trailer, which features Prince George (voiced by Gary) asking for tea that “doesn’t taste like p**s” and dubbing the Queen a “dangerous b***h”, Twitter users have criticised the portrayal of kids within the trailer.

One user said it was “very bad taste” Tweeting: “Leave children out of this. You could possibly be subjecting actual youngsters to bullying and harassment all due to your greed.”

“Disgusting. Exploiting a small boy to prop up a TV show and make money,’ another said,” another wrote.

“No no no no. The adults of the royal family, fine do whatever you like I guess. But George & the other royal children should be off-limits,” someone else tweeted, saying that they could have just “made up a royal family” and had Family Guy’s Stewie Griffin as the Prince.

“Can’t children be safe? This work is offensive and not funny. Targeting children in media is abhorrent. Especially since they were previously bullied and you are facilitating it. It sucks and I will never watch it,” another wrote on Twitter.

One user on social media said the show is “inappropriate” and “disrespectful”, saying that “children are all innocent and should be off limits2.

“This should be pulled and never viewed. How can you in good conscience, let this happen?” they asked.

The animated series features an all-star cast with Orlando Bloom as Prince Harry and Sophie Turned as Princess Charlotte, according to Metro.