Crunch meeting for autonomous communities with billions at stake 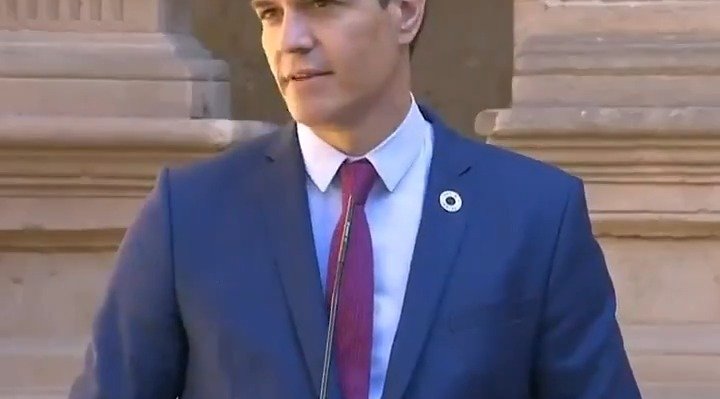 Sanchez has announced a bonus of €400 for young people. Image: Pedro Sanchez / Twitter

The presidents of Spain’s autonomous communities – minus Catalonia – meet with Prime Minister Pedro Sanchez today to tussle over the regional financing system.

The Council of Presidents will meet with Prime Minister Pedro Sanchez in Salamanca today, July 30, to demand their regions receive as much regional financing as possible, although all look set to get less than they expected.

Andalucia, Valencia and Murcia say they are the most underfunded regions in Spain, despite party political differences, all three are prepared to present a united front against Sanchez and Finance Minister Maria Jesus Montero.

The Partido Popular (PP) President of Andalucia, Juanma Moreno, PSOE President of Valencia, Ximo Puig, and PP President of Murcia, Fernando Lopez Miras, joined forces to secure regional financing reforms. The three autonomous communities claim they are missing out on billions in funding from Madrid under the current system.

“There can be no privileges for some territories to the detriment of others,” tweeted Juanma Moreno.

According to Moreno, Andalucia has missed out on 8.5 billion euros since 2011. Tensions are running high between Catalonia and the other 17 autonomous regions amid fears the break-away region will be thrown extra cash as a sop to quell the independence movement. Puig called the President of Catalonia, Pere Aragones’, refusal to travel to Salamanca an “immense mistake”.

As the meeting opened, which was also attended by King Felipe, Sanchez was accosted by boos and shouts of “traitor” and “scoundrel” by the crowds of onlookers.

Under the current proposals put forward by Montero, all of the autonomous regions stand to get less money from the treasury than they received last year.

Moreno said the proposed cut of 2.3 billion euros for the region would directly impact Andalucia’s ability to provide basic services including health care.