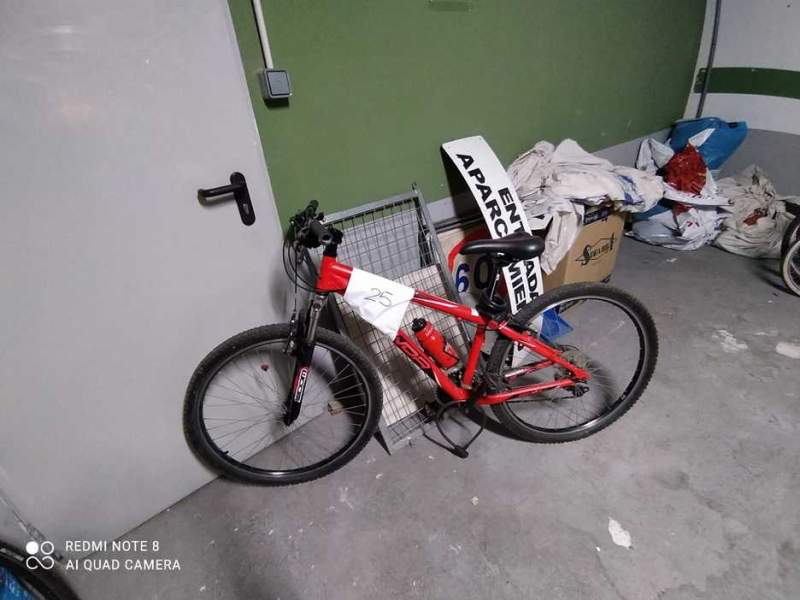 Last chance UNCLAIMED bicycles found on Javea’s streets in recent months can be viewed on the town hall’s www.ajxabia.com website.  Anybody recognising their bicycle should ring the Policia Local (965790081) providing proof of ownership although those not claimed by August 31 will be donated to charity or to Social Services.
Plan ahead ALFAZ town hall and the regional government’s Social Services and Equaity department have signed a new contract introducing a different financing system.  Instead of receiving annual allocations, these will be paid every four years, providing the municipality with more facilities for planning ahead, Alfaz’s mayor Vicente Arques said.
Keep calm WITH raid lateral flow tests now available in pharmacies, the regional Health department reminded residents and visitors that after testing positive they should inform their primary care centre.  If symptoms were mild, there was no need to visit A and E at the nearest hospital, the authorities insisted.
Budget bliss OLIVA councillors finally approved this year’s €23.3 million Budget.  This included €280,000 for local associations, prompting deputy mayor and Finance councillor Ana Morell to point out that owing to reductions in grants for local fiestas it had been possible to allocate more funds for social initiatives and charities.
Storm peril A GANDIA fishing boat’s electrical system was damaged after its radio antenna was struck by lightning last week. Nobody was injured but with all power gone and no mobile signal, they only made it back to port because another boat offered to tow them, skipper Antonio Beltran revealed.
Park it ALTEA’S Environment department spent €10,250 on free parking spaces for bicycles, of which half was provided by official body, the Valencian Institute for Business Competitiveness (IVACE). There are now 13 individual semi-enclosed slots giving increased protection to e-bikes or expensive models and 10 racks providing another 20 places.
Strike off  SPAIN’S principal unions have called off a threatened strike at Alicante Airport on August 1 and 2 after airport operator AENA promised to solve current problems in the IT department.
No takers A “ROCODROMO” climbing wall for Denia’s sports centre that residents voted for in the municipality’s 2019 participatory budget is still unbuilt as there were no takers for the €30,000 contract.
Tram line THE regional government will spend €165 million between 2022 and 2028 on extending the TRAM, including a branch line linking San Juan hospital and the Playa de San Juan halt.
Bury it BENIDORM town hall will request a €400,000 Generalitat grant to repair underground rubbish containers that were installed to improve the image of central streets but have not functioned since 2018.