Spain and Euro forecast up for positive trends? 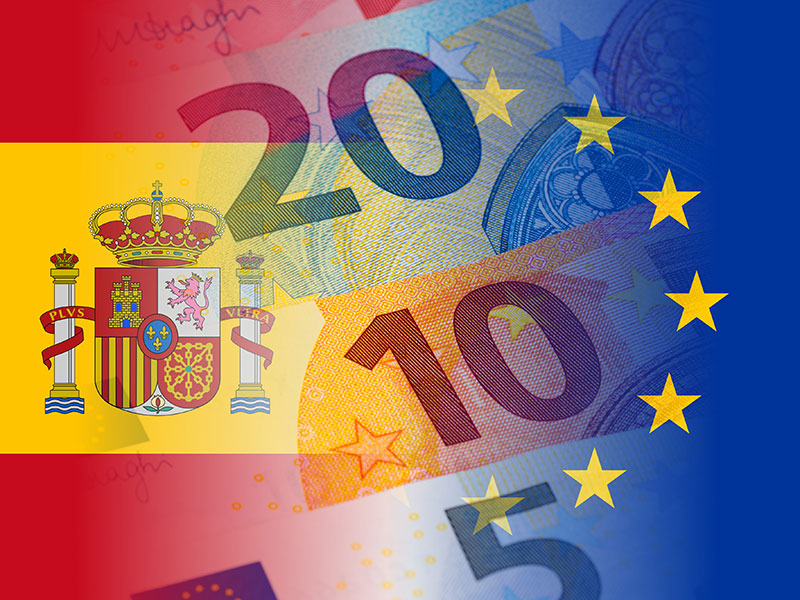 Despite the uncertain start to 2021 across the globe, the future looks quite promising for Spain’s economy, according to analysts. Generally, the country’s economy is expected to improve and accelerate considerably in the next few quarters. This was reiterated by Minister Nadia Calviño, who, on Tuesday, 27 July 2021, affirmed that the country’s gross domestic product (GDP) growth forecast for the year remains at 6.5%, as previously stipulated in April. Moreover, 2022 looks even more promising and stands at a projected 7% expansion. Given the tumultuous and trying conditions of 2020 across the globe, Spain’s economy reportedly contracted by 11%, however, the International Monetary Fund (IMF) has expressed confidence in it having the highest growing economy in Europe this year and in 2022.

Is this a good time to invest in Euros?

Although instability still looms and worldwide conditions remain a constant reminder of the uncertainty that exists, the general economic outlook for the Euro zone is promising. In early July 2021, the European Commission’s forecast expressed this sentiment. Moreover, it is worth noting that the Euro remains one of the best performing currencies on the exchange rate markets today. Because of this, it is speculated that popular currency pairs like EUR/USD are still a good investment.

According to Paolo Gentiloni, the EU commissioner for the economy, “The EU economy is set to see its fastest growth in decades this year, fuelled by strong demand both at home and globally and a swifter-than-expected reopening of services sectors since the spring.”

Looking further ahead, it is not possible to say with certainty whether or not this is a good time to invest in Euros. This is because any long-term forecasts can be unexpectedly affected by major political and global circumstances. That being said, analysts, experts and most prominent banks are of the belief that the Euro will strengthen against the US Dollar in the second half of the year, making it that much more appealing to investors.

Exploring the USD’s impact on other markets

As previously alluded to, the US Dollar is one currency that remains of interest to people across the globe. This is because it has become known as a global currency, alternatively referred to as a reserve currency, meaning that it is widely accepted for trade in most parts of the world. As such, the performance of the USD has an impact on other markets because it ultimately determines trade, economic growth, and interest rates, amongst other factors of interest. Naturally, currency fluctuations directly impact investments as well.

Due to the relative strength of the US economy and currency, the dollar is said to rule in the Forex market. According to reports, 90% of Forex trading involves the dollar and approximately 40% of the world’s debt is issued in dollars. It is therefore evident that the movement of the dollar has a long-reaching impact. As the dollar strengthens, American-produced goods and services tend to cost more, this ultimately impacts merchandise and international trade, Forex, and investment prospects as well; and the inverse is true. Owing to the importance of the dollar in global trade, its standing and performance on the markets has an impact on just about most countries’ economies.