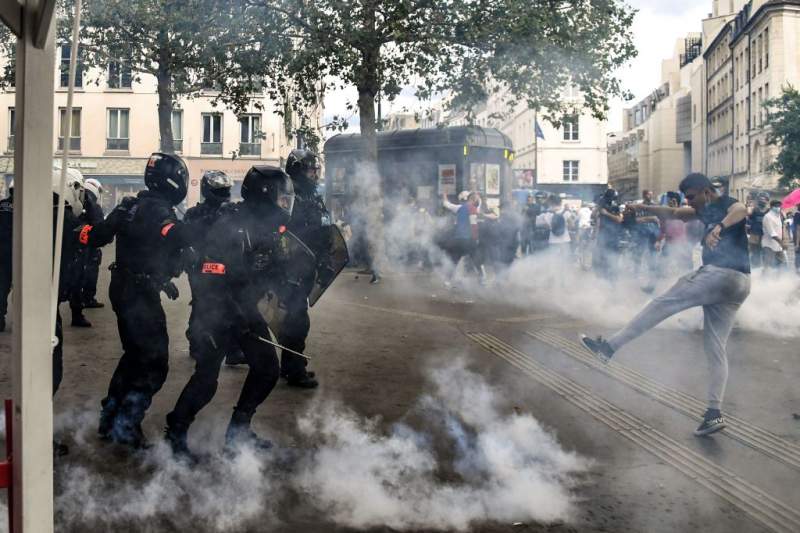 Thousands of people protested against the introduction of France’s special virus pass by marching through Paris and other French cities on Saturday, July 31. The majority of demonstrations were peaceful, however, some in Paris clashed with riot police, who fired tear gas to control the crowd.

Around 3,000 security forces were deployed around the French capital for the third weekend in a row of protests against the pass that will be needed soon to enter restaurants and other places. Police took up posts along Paris’ Champs-Elysees to guard against an invasion of the famed avenue.

It was the third weekend that people opposed to President Emmanuel Macron‘s new COVID-19 measures have taken to the streets, an unusual show of determination at a time of year when many people are focused on taking their summer break.

The number of demonstrators has grown steadily since the start of the protests, echoing the “yellow vest” movement, that started in late 2018 against fuel taxes and the cost of living.

An interior ministry official said 204,090 had demonstrated across France, including 14,250 in Paris alone. This is about 40,000 more than last week.