Lewis Hamilton booed as he takes pole in Hungary 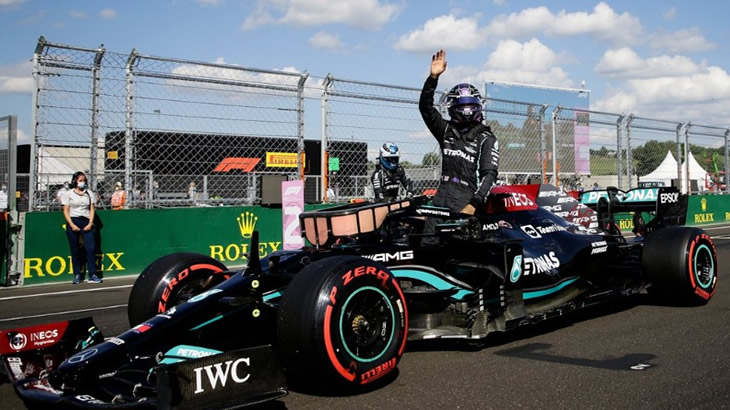 Seven-time Formula One world champion Lewis Hamilton took pole this afternoon, Saturday, July 31, in the final qualifying session for tomorrow’s Hungarian Grand Prix at the Hungaroring, finally breaking Max Verstappen’s hold on the pole position, with the Dutchman only managing it to third position on the grid, as Hamilton’s Mercedes teammate Valtteri Bottas clinched second alongside Hamilton.

As the Brit stepped up for his interview after the qualifying, a chorus of deafening boos erupted from a large contingent of Dutch fans in the stands, with the interviewer pleading with them to stop, “Whoa, whoa, whoa people, enough of that. Enough of that”, but Hamilton simply shrugged his shoulders and said, “I’ve never actually felt so great with the booing. If anything, it just fuels me. I don’t really mind it”.

He continued, “It was an amazing qualifying lap that last one. Amazing teamwork from everyone this weekend, trying to push the car forward developing constantly. It has been amazing to see everyone rallying together. The soft tyre is worth something like five metres off the line going into Turn One. It’s surprising seeing them on the soft. Great having a front-row lock-out for our team, first time for a long time”.

With the Brit on pole, and Bottas by his side, a good start tomorrow could see a change in the driver’s championship, where he currently sits in second place, eight points behind Red Bull’s Verstappen, after his Silverstone victory.

Max Verstappen, and his teammate, Sergio Perez, occupy the second row of the grid, after the Mexican pushed for a fast qualifying time, with Verstappen saying, “The whole weekend we have been a bit behind and it showed again in qualifying. Not what we wanted but we are still there in third and will see what we can do”, as reported by bbc.com.

sir lewis hamilton shall keep gettin all these hoes mad.

hate the game, not the player 🧡 pic.twitter.com/0Ys80h6KE0