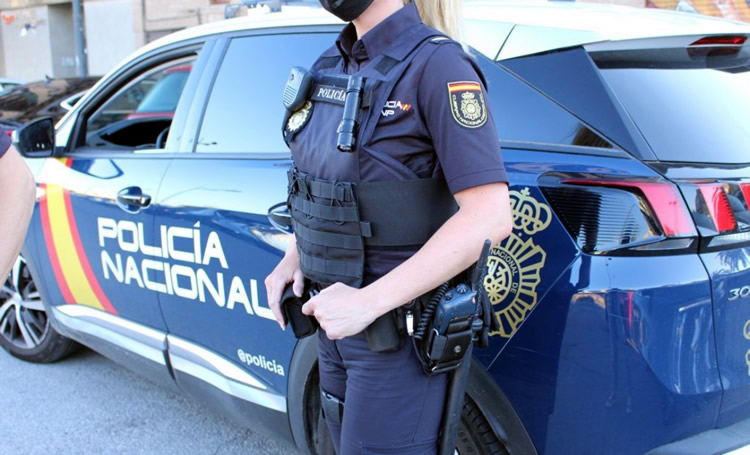 National Police officers in Malaga capital have today, Friday, July 30, revealed in a statement how they arrested a 41-year-old man of Spanish nationality several weeks ago, after he allegedly stabbed another man, of Romanian origin, in the street, in Paseo de Los Tilos.

It was the doctors from the Cruz de Humilladero health centre who alerted the police on the 091 emergency number, after the 43-year-old Romanian man sought help for his wounds there – which could have been caused by a knife – with a patrol from the National Police responding, and attending the centre, where they interviewed the victim, and took a detailed description of his attacker, which was then passed via the radio to other patrols in the vicinity.

Only a few minutes later, a patrol located a male in the Pasaje Calderon y Cubero district, fully matching the description of the suspect, who, once approached, was seen to have a blood-stained shirt, and when questioned, replied that he had been involved in a fight in the street with another man.
In a search of his belongings, the officers found a knife hidden in the waist of his trousers, with which he had allegedly stabbed the Romanian victim, and he was arrested on suspicion of carrying out that attack, while his victim was transferred to a hospital with cuts to his back and chest, but nothing life-threatening.
Several other similar incidents took place with bladed weapons during the last few weeks in Malaga, including one in the Cerrado de Calderon neighbourhood, on June 11, in which a man was stabbed in the neck by his neighbour, and was admitted to hospital in a critical condition, while a woman was arrested for stabbing a minor in Las Flores earlier this month, and in May, a young boy died from stab wounds in Miraflores de Los Angeles, as reported by diariosur.es.