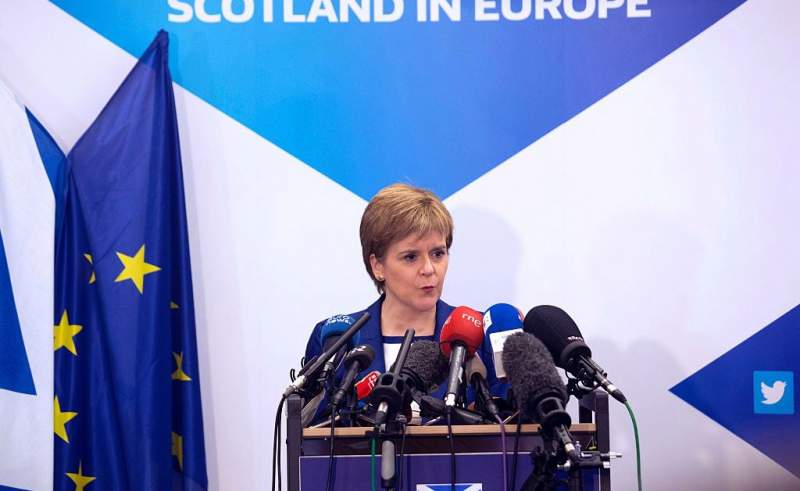 Scotland’s First Minister Nicola Sturgeon has been given the green light to rejoin the EU.

NICOLA STURGEON’s plans to rejoin the EU have been given encouragement by an Irish MEP, he said the bloc can help end Scotland’s dependence on the rest of the UK. The Scottish First Minister still remains intent on taking an independent Scotland back into the EU.

She wrote for Parliament Magazine in March that “Scotland’s future is in the EU” and argued, “Brexit took the Scots out of the European Union against their will, but future EU membership is part of the vision for an independent Scotland.” Ms Sturgeon added: “I believe the best way to make that contribution is to regain our place in the European Union. “We didn’t want to leave in the first place and we look forward to a time when we will once again play our part in this great shared endeavour.”

One of the big debates around independence over the years has been whether Scotland could easily regain its place in the bloc. Irish MEP Billy Kelleher said that he did not expect much opposition to Ms Sturgeon’s ambitions.