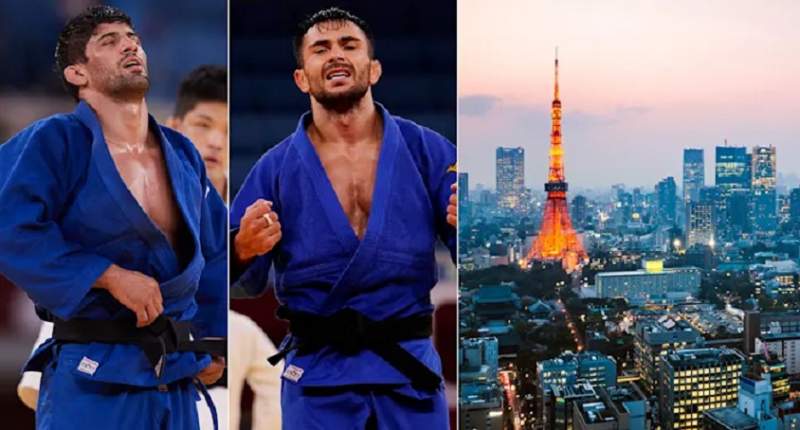 Two Judo stars booted out of Tokyo Olympics for going on an illegal sightseeing tour of the city.

Two Olympic silver medallists from Georgia have reportedly been kicked out of the Tokyo Olympics after violating COVID protocols and embarking on a sightseeing tour of the Japanese capital.

According to Japanese media, Vazha Margvelashvili and Lasha Shavdatuashvili, both beaten to gold by Japanese rivals, have now both been stripped of their accreditation.

Organising committee spokesman Masanori Takaya confirmed the incident at a press briefing but failed to give any more information, instead promising that details would emerge on Sunday, August 1.

It is the first time at these Olympics that competitors have fallen foul of the strict rules which forbid athletes from leaving athletes’ accommodation. The only way to legally leave the village is if it is to train or compete in the competition.

“We took away accreditation as we believe going out of the Athletes’ Village for sightseeing is something that should not happen,” Tokyo Olympics 2020 spokesperson Masa Takaya said.

Under strict COVID protocols, the Tokyo ‘playbook’ prohibits athletes from venturing into Tokyo as tourists and are banned from using public transport.

According to the AFP news agency, the Georgian pair left the athletes’ compound to visit “one of their good acquaintances”.

“When they went outside of the village, no one stopped them at the exit. So they thought that they could go outside. They wanted just to have a bit of open-air, to relax after a tough day of competition, after a tough lockdown period,” said an unnamed official.

It is reported that the pair had their accreditations taken away and have now left the Japanese capital.