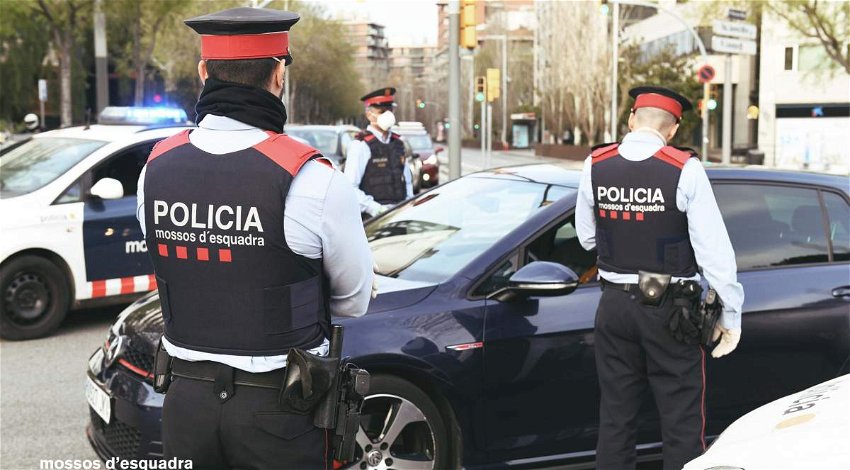 Generalitat has only collected payment of 19 per cent of fines from first state of alarm. Image Source: Mossos d'Esquadra

During the first state of alarm that was enforced by Pedro Sanchez, police forces had the task of carrying out controls to be able to identify all those who did not comply with the rules, as a result of which, more than 170,000 fines were imposed throughout the territory of Catalonia, with Barcelona’s police forces alone handing out more than 50,000 fines between the months of March and May 2020, specifically, 30,000 from the Guardia Urbana, and the rest by the Mossos d’Esquadra.

Until now, the Generalitat has admitted that it has only been able to collect 19 per cent of the fines imposed during the period of the first state of alarm, which means that the Catalan public coffers have collected only €5.2 million.

This problem has been due to a great collapse within the Department of the Interior, which has been unable to handle the large number of fines that were filed, some of which have now expired due to the delay in the fine actually reaching the offender, which means that the Generalitat cannot then collect them.

Merce Caso, the acting dean judge of Barcelona, affirmed that the contentious courts of the city of Barcelona could reach a delay of four years when receiving the ‘tsunami’ of resources to the sanctions imposed during the confinement, and in the presentation of the 2020 Judicial Report, Caso explained that the courts in this specialty are in a “particularly alarming” situation, with an average of 16 months to resolve the issues, and two exceeding 24 months.

But that is not the only problem the Generalitat could face in the coming months, after the recent ruling of the Constitutional Court, which recognised the first state of alarm was not legal, and that any fines given out would be annulled if the citizens appealed the imposition of them, which may cause an avalanche of claims of those that have already been processed, or those that are to be dealt with in the coming months.

Faced with this new situation, the Generalitat could see the processing system of these and the pertinent claims that has been so burdened in this time even more collapsed, and with only 19 per cent of them collected in the 16 months since the pandemic broke out, it seems very difficult for the Generalitat to turn the situation around, as reported by larazon.es.