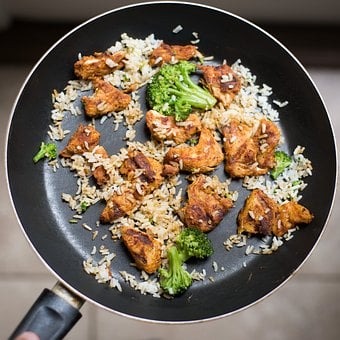 Man leads police on scooter chase through Valencia’s streets while wearing a bloody T-shirt and carrying a frying pan.

A man led National police officers from Spain’s Valencia on a bizarre chase which led to his arrest in Valencia. The young man also ended up attacking the police officers with the frying pan before he was arrested.

The strange events happened on Friday, July 30, when a national police patrol in the area of Juan Ramon Jimenez street spotted a person riding an electric scooter at high-speed. The events took place at around 18.20 hours when officers spotted the man wearing a T-shirt with blood on it. He was also brandishing a frying pan in his hand.

The officers approached the man and asked him to stop, so they could see what was happening, but this was to no avail as the man ignored their instructions. He carried on riding which meant that the police then had to begin a pursuit. The pursuit started with lights and sirens going as the police tried to get the man to stop. Sadly though he ignored the ongoing instructions.

According to 20 minutes the police vehicle managed to pull alongside the scooter rider but he then ran off still carrying the frying pan. The police carried on with their pursuit and only moments later they managed to surround him.

According to sources from the National police the man “at all times showed a very aggressive attitude”. The officers asked the man to control his attitude.

The situation escalated to the point where the man attacked four police officers with the frying pan. They were able to detain him though eventually. Sadly one officer became injured due to the incident of aggression and hurt their back. The man was finally arrested and is said to be of Cuban origin and was born in 1995.