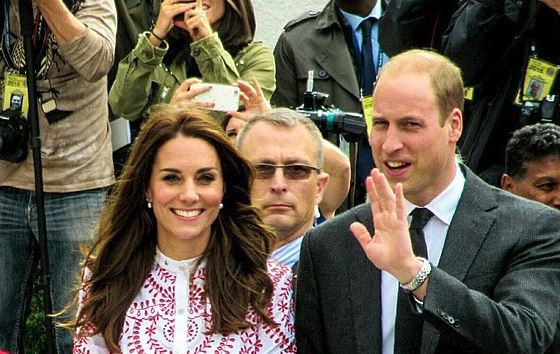 Queen to tip the Duchess of Cambridge to fill Prince Harry’s shoes in seal of approval.

According to reports the Queen hopes that the Duchess of Cambridge will fill the void which was left after Prince Harry and Meghan Markle left. It is expected that the Queen will hand over sporting patronages to the Duchess, which had previously belonged to Prince Harry.

When the Duke and Duchess of Sussex left their royal roles they lost their positions and patronages. The Queen decided not go for the idea that they could carry on with charity work on behalf the Royal family.

The ongoing coronavirus pandemic has seen many public engagements cancelled but things are returning to normality and the Queen is said to want to get things back on track. According to the Express the Queen is expected to appoint the Duchess of Sussex as patron for the Rugby Football League (RFL) and the Rugby Football Union (RFU).

As reported the Sunday Times it is expected that these will be handed over in the next few months before the rugby league World Cup, which will run in October and November.

The Duchess is no stranger to rugby and in fact she grew up watching it. The Duchess’s sister Pippa, spoke of the role of sport in the family in a 2014 Vanity fair article.

“Picture the scene. It’s Saturday afternoon in the Middleton household. The atmosphere is heavy with expectation”, said Pippa.

“All eyes are on the television … we’re watching England play Ireland in the 1996 Five Nations Rugby tournament … Rugby was a big thing in our family, and the focal point was international matches.

“We’d plan our weekends around the matches … If we lost, my dad would be in a state of despair for the rest of the afternoon, as if he’d actually lost the game himself.”