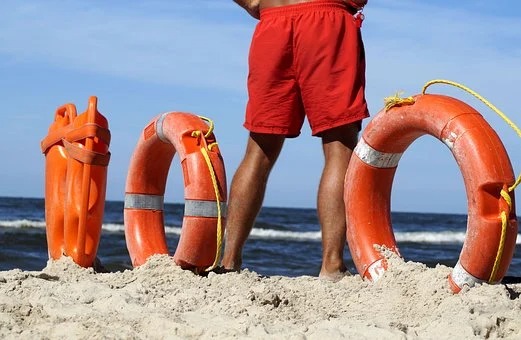 Three bathers have been rescued by lifeguards in Axarquia’s Almuñecar. Two rescues were said to be due to the carelessness of the bathers.
Lifeguards from Spain’s Almuñecar have had to rescue several people from the beaches of Sexitanas. There were able to rescue a man who was in his 70s and two people who were both in their 20s. The rescues were said to be due to the “west wind and some recklessness”. Lifeguards were also able help out two people who needed medical care due to accidents.
According to the Almuñecar town hall the lifeguards have worked tirelessly to rescue bathers despite the fact that the red warning flags had been flying on the majority of the beaches. The yellow flag had been flying at Velilla-Tesorillo. The rescues were said to be efficient and “there were no major problems”, according to Jose Forgeser, to the coordinator of the Lifeguard Service.
The first rescue involved a man in his 70s who had been on the beach at El Tesorillo. When he decided to go for a swim he was caught out by currents and was unable to exit the water. Two lifeguards rushed in to help and ensure that he made it to safety.
A further rescue took place at the Peñones del Santo. This time two men in their 20s had ignored the red flags and entered the water. “On observing from the lifeguard post that they could not get out, a lifeguard entered the water and pulled them both out”, said Forgeser. He has called on swimmers to respect the warning flags on the Almuñecar beaches.
The lifeguards were also able to help out and transfer people to the Almuñecar health centre after they were injured. The first transfer involved an accident which occurred at a pedestrian crossing where a motorbike was hit by a car. According to the coordinator “the lady reported cervical pain and tingling in her legs and hands”, so “the ambulance from the Beach and Lifeguard Service was activated”,
The second transfer was to help a woman out after she fell down a staircase which led to the beach. She reported “severe pain in the coccyx and that she had recently undergone an operation in that area”, so she was quickly transferred to be assessed, as reported La Noncion.