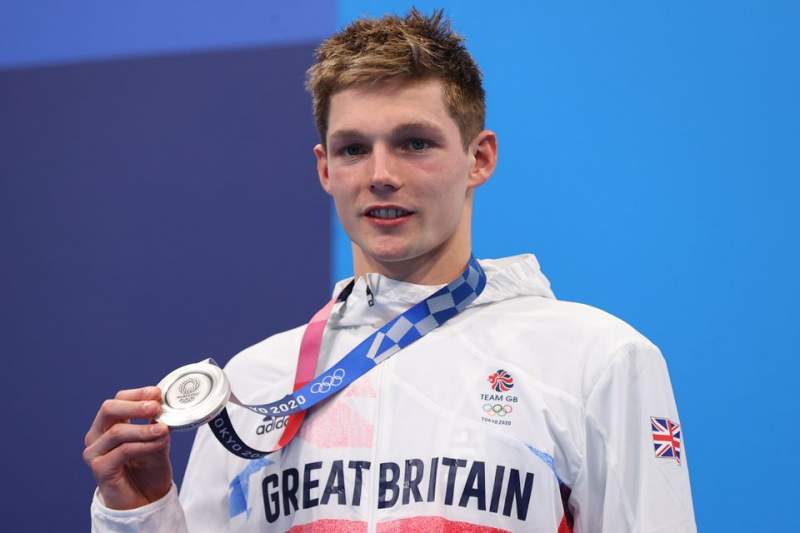 Duncan Scott became Britain’s most decorated athlete at a single Olympics with his fourth medal from the Tokyo pool on Sunday, August 1, as the country’s all-time most successful swim team piled on the pressure in their best ever Games.

The United States took the final 4×100 medley relay gold in world record time, however, runners-up Luke Greenbank, Adam Peaty, James Guy and Scott — including James Wilby in the heats — smashed a far older benchmark as well as the European record.

The eight medals won at Tokyo 2020, four of them gold, capped the best Olympic swimming performance by Britain.

Scott’s three silvers and a gold, adding to the two relay silvers he won in Rio, sent him past the single Games hauls of gymnast Max Whitlock, and cyclists Chris Hoy, Jason Kenny and Bradley Wiggins as multiple medallists of the modern era.

“It’s all my team mates, that’s what that is. I’m very fortunate to be a part of some excellent relay teams, this being one of them,” said Scott.

“Unfortunately we just didn’t do enough to get that gold but with the success we’ve had, sometimes you need a little bit of pain. People back home will say it’s Olympic silver but that’s the standard we’re at now. We’re not looking at bronze, we’re not looking at silver, we’re looking at how to get gold and that’s just my mindset and I know these guys are disappointed with that as well,” said Peaty.

“It’s been amazing. Adam got off us to a fantastic start. We needed that ‘wow’ moment and the ball then just continued to roll. There are so many greatest, historic moments. The 4×200, going on to the mixed medley relay … to see women on the podium. If there was ever criticism of this team, it’s just that the men have been more dominant than the women,” said Adlington, now a BBC TV pundit, of Britain’s performance at the 2020 meeting.

The transformation has followed the arrival of Peaty on the scene — the ‘Peaty effect’ acknowledged by his team mates in serving as an example of the heights that can be reached and aspired to — and a step up in coaching.

“In 2015, when we started coming together, back-to-back Olympic silvers in this event, we’d have taken that all day,” said Scott.

“We’ve come a long way. We wait for a new generation to come through. You look at most of the team now, not just in swimming but in all sports, and there’s a new generation of athletes coming through, one that’s a lot more aware of self, which is really important,” added Peaty.

Japan has announced that it will expand its states of emergency to three prefectures near Olympic host Tokyo and the western prefecture of Osaka, as COVID-19 cases spike in the capital and around the country, overshadowing the Summer Games.

Tokyo, which is already under its fourth state of emergency since the pandemic began, announced 3,300 new daily cases, after a record 3,865 on Thursday, July 29.