UK on verge of New Zealand tie-up in Brexit bombshell 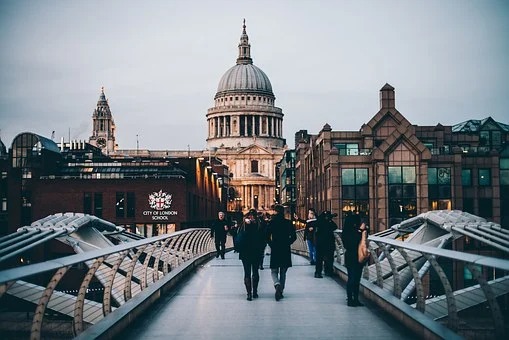 The UK is on the verge of a New Zealand tie-up in a Brexit bombshell.

The latest round of talks was completed between the UK and New Zealand last week. Ms Truss has spoken of how they are “closing in on a deal which would be one of the most advanced struck by any nation”.

The UK hopes to win entry into the trans-Pacific free trade area which is worth a staggering £9 trillion. It is hoped that a successful deal could help the UK win membership in the future.

Speaking to the Sunday Express Ms Truss spoke of the vast opportunities a deal could provide. “The centre of global economic gravity is moving towards the Indo-Pacific, which is where we need to position ourselves in the coming decades… A deal with New Zealand would clear the way for us to join it alongside 10 other sovereign nations in this high-standards pact”, said Ms Truss

“Membership would open up a collective market of half a billion people across four continents, which would offer vast opportunities for our exports such as Midlands-made cars, Welsh lamb or Glasgow-based fintech.”

The Comprehensive and Progressive Agreement for the Trans-Pacific Partnership (CPTPP) has members including Australia, New Zealand, Canada, Japan and Singapore to name just a few.

A source for the government has commented: “New Zealand will be the next big deal Liz does. It’s valuable in its own right, but it also paves the way for us to join the Trans-Pacific Partnership, which will deepen Britain’s links with the fastest-growing parts of the global economy.

“The Kiwis show it’s possible to have zero tariffs and high standards, and are exactly the sort of country we should be pursuing a deal with. Liz is pushing hard to get a deal over the line.”

Speaking of Brexit opportunities David Jones, the Former Brexit minister said: “It’s been clear for a number of years that the EU is accounting for an ever-decreasing share of world trade. Brexit now gives us the opportunity to forge closer trading relations with the dynamic economies of the Indo-Pacific region, which will become increasingly important in world trade terms over the coming years.”

Ms Truss is progressing well and it is hoped that she can deliver what many thought would be impossible. “Liz Truss is powering ahead and delivering what many said would be impossible – better terms of trade across the world for Britain, now we’re out of the EU. Securing a deal with New Zealand will open the door to the CPTPP which is not only a vast new market network but will also help diversify our world trade base and help make the UK more prosperous and secure,” said Richard Holden, North West Durham’s Conservative MP.