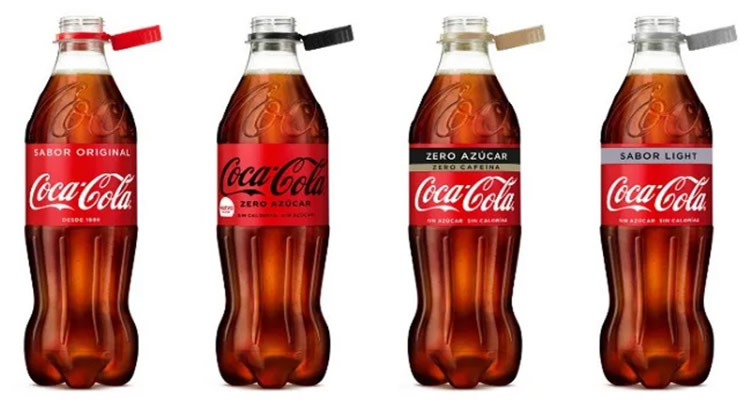 International beverages giant, Coca-Cola, has joined the initiative against the use of single-use plastics, announcing that the company has chosen Spain as the country in Europe in which it will trial a new recyclable bottle top, with a 10-week trial starting in various parts of the country, including Malaga, Sevilla, Granada, Almeria, Catalonia, Jaen, Toledo, Cadiz, Tenerife, Gran Canaria, the Balearic Islands, and Aragon, although the company hopes to distribute throughout the whole of Spain eventually.

Coca-Cola has distributed 6 million of the new-style 500-millilitre bottles throughout Spain, of not only their original brand beverage, but also from their range of Zero sugar-free, Coca-Cola Light, and Zero caffeine-free versions, as well as Schuss.

Their R&D factory in Brussels is responsible for the design of these new tops, an alternative that its engineers have thought about to try to further reduce the footprint that the marketing of these sugary drinks leaves in the environment, while conforming to EU Directives on single-use plastics, and in order to preserve the fizziness of the drink, the designers have taken extra care to ensure that the bottle top can be hermetically re-sealed properly after it has been opened.

In America, Coca-Cola has already produced the first bottle made entirely from 100 per cent recycled waste paper, continuing its commitment to the campaign, “A World without Waste”, which in Europe is complemented by the well-known campaign, “We advance”.

Ana Gascon, Coca-Cola’s director of the Packaging Sustainability Strategy for Europe, commented, “with this milestone, in addition to gradually beginning to adapt to European legislation in advance, we want to send a message to the consumer: enjoy your drink, close the cap again, and recycle the bottle and cap together”, as reported by distribucionyalimentacion.com.