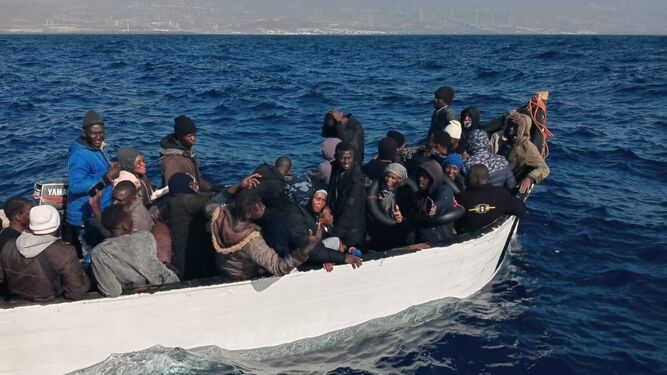 The Guardia Civil have smashed a huge European migrant smuggling organisation that operated between Algeria, Spain and France.

The Guardia Civil has dismantled a large criminal organisation, mainly based in the provinces of Murcia and Girona in Spain, which was dedicated to trafficking immigrants between Algeria and Spain and then transferring them to France for the final journey to the UK.

Armed agents arrested 19 members of the organisation of Moroccan and Algerian nationality. Under the leadership of a Moroccan national, the members were organised in different levels that carried out a specific function within the organisation: logistical, boat skippers, transport and finance.

In the sting operation, agents seized large amounts of cash, electronic devices for later study and several vehicles used by the organisation to transport the migrants. Nine of those arrested have been remanded in custody.

The modus operandi of the organisation consisted of recruiting people in vulnerable circumstances and susceptible to migration in Algeria, taking them to the coast of the Mediterranean using ‘taxi boats’, high-speed vessels equipped with powerful 150 horsepower engines.

Afterwards, members of the criminals’ gang picked up the Algerian immigrants on their arrival on the coast and housed them in properties managed by the organisation itself in the provinces of Murcia and Almeria, taking some of them to France after paying an additional fee.

As a general rule, the members of the organisation always tried to return to Algeria once they had made the journey to Spain, although sometimes they could not due to the risk of being intercepted on their way back by a patrol boat of Spain’s Guardia Civil Maritime Service.

The skippers consisted of five Algerian nationals who were in charge of navigating the boats between Algeria and Spain.

The transport section kicked into action once the immigrants had deposited the payment for their transfer to France, moving them from Murcia or Almeria to Girona, where there were seven members of the organisation who were in charge of ferrying them to France.

Due to the strong security measures taken by this criminal organisation and in order to increase profits, each driver would drive up to 4,000 kilometres in a single day, making several journeys between Almeria and Girona. As a result of this, they would drive uninterrupted for 24 hours.

The investigations, part of Operation Cobre, were carried out jointly by the Information Groups of the Almeria, Murcia, Girona, Alicante and the Special Central Unit number 3 of the Information Headquarters. Investigations continue and the Guardia Civil has not ruled out further arrests.