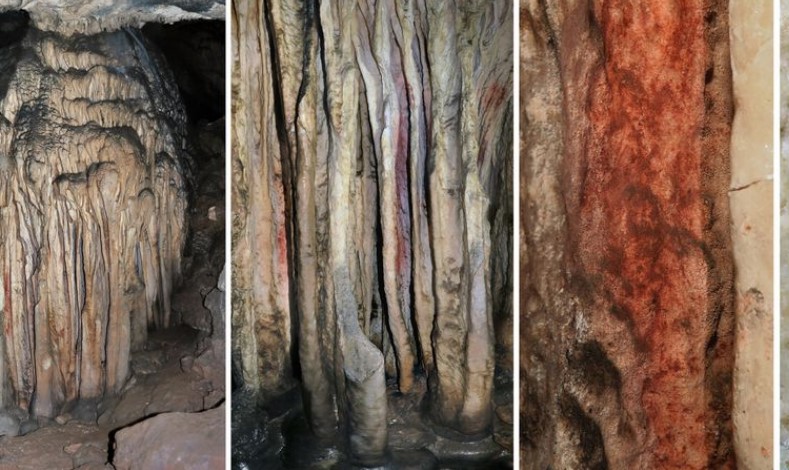 Ardales caves in Malaga province have the oldest cave paintings in the world. image: twitter

ARDALES cave paintings in Malaga province, probably made by Neanderthals more than 65,000 years ago, would be the oldest in the world

A team of distinguished researchers, including scientists from the University of Cadiz, the University of Barcelona, ​​the National Centre for Scientific Research of the University of Bordeaux, and the Neanderthal Museum of Germany, have participated in analysing the red marks that were discovered in the Ardales caves in Malaga province, and the results were published on Monday, August 2, in the American journal, Proceedings of the National Academy of Sciences (PNAS).

The team came to the same conclusion, and corroborated that the red marks are definitely of human origin, and are probably the oldest known cave paintings in the world, possibly as much as 65,000 years old, which would mean that they were made by Neanderthal man, with the ochre they used to make these paintings probably being collected outside of the cave, and maintain that the Neanderthals had probably repeatedly accessed this cave to symbolically mark a stalagmite located in the middle of a large room, in an intentional and repeated way.

Interestingly, they also pointed out that the oldest paintings found in the world so far are also those of three other Spanish caves, located in Caceres, Cantabria, and Malaga, which would all be about 65,000 years old, although their dating, according to the centres, has unleashed a debate very intense in the scientific community, because it suggests that the paintings would have been made by Neanderthals.

But, these latest chronologies have been the subject of controversy, because they would indicate that these artistic manifestations appeared at least 20,000 years before the arrival of modern men to the European continent, which points to a Neanderthal involvement.

The most skeptical have doubted that the red marks on the surface of the great stalagmitic dome in the Ardales caves in Malaga are of human origin, and maintain that they could be made from natural deposits, but the researchers have verified in this new study that they were made with an ochre-based pigment, and applied in a deliberate way.

This cave in Malaga is one of the most important caves with Palaeolithic wall art in southern Europe, and more than a thousand graphic representations have already been recorded, both abstract and figurative, and tools have also been found inside that would have been used for the processing of dyes and fragments of pigments.

In a note released by the University of Barcelona, ​​the researchers have pointed out that the action of repeatedly marking such imposing formations with red pigment, as in the Ardales dome, suggests that their creator wanted to highlight and perpetuate the importance of this location through narratives transmitted between generations, as reported by laopiniondemalaga.es.