Man charged €4,000 for burgers and champagne in Marbella is mocked online 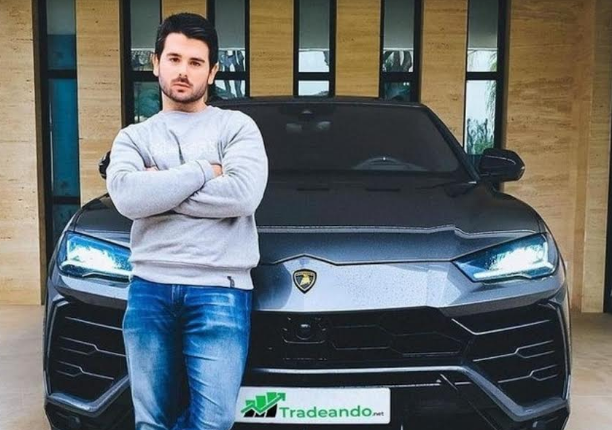 Man charged €4,000 for burgers and champagne in Marbella complains about tip. Image - Instagram

A finance trader in Spain is being mocked online after spending €4,000 (£3,500) on burgers and champagne at a Marbella restaurant and complaining about the service tip.

Enrique Moris, a finance trader in Spain, is being mocked on Twitter after complaining about a £320 (€372) service charge after racking up a bill of €4,000 (£3,500) on burgers and champagne at a Marbella restaurant.
“Marbella, the new Ibiza, fraudsters everywhere,” he Tweeted alongside a picture of the bill.

Users on the social media platform have made fun of Moris for his response to the service tip with some saying they hoped the group of diners were feeling unwell after drinking beer, tequila and champagne all night.
“The pairing of dom Perignon with hamburgers I just didn’t see it,” one wrote.
Another Tweeted “You have to be tacky to spend more than €3,000 in champagne to accompany some burgers. If you go big, do it with the whole menu”.
“What do you want? Solidarity? The nouveau riche is always more stupid than people who’ve always been rich”, another user wrote.
Another wrote on Twitter: “I know Marbella very well, and you have had to go to eat in a very exclusive place for those prices, Puerto Banus or something like that. I’m sure you could have eaten a lot better for 10 times less”.
Some think patrons should take care of their staff with another Tweeting to Enrique “Kike, very stiff or have left a tip. The service charge remains with the club. You always have to take care of the waiters, if they have treated you well. It is an investment if you come across it again”.
It is not standard practice to add an automatic service charge to a bill in Spain, however, many usually leave a tip of five per cent or less.
Some did jump to Moris’ defence, saying that waiters should earn their tips based on their service rather than ask for them.
One Tweeted: “You should never demand a tip. It must be won. Depending on the place, prices, service, context and the client, it will depend on whether there is a tip or not.”
It was later claimed by Moris that he has Tweeted the bill in the hopes of whipping up a media storm after he had read in a book about marketing to “start a fight”.
However, he also complained that “people are talking more than they should about a meal” following the media coverage.